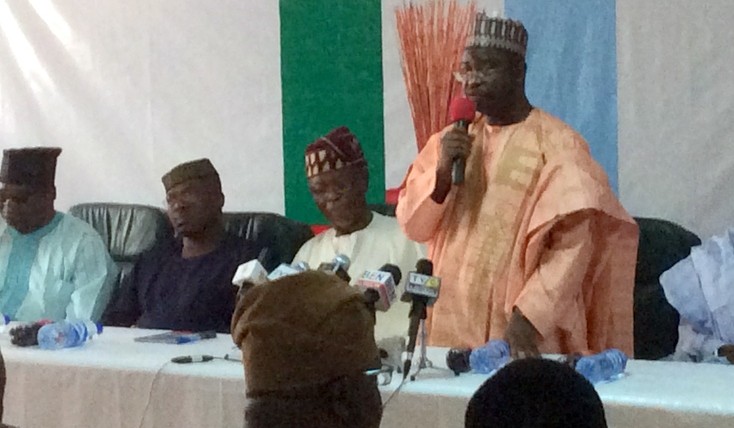 Ghali Na'Abba decamping to the APC

A former Speaker of the House of Representatives, Ghali Na’Abba, has joined the All Progressives Congress, APC, after dumping the Peoples Democratic Party, PDP, two days ago.

Mr. Na’abba is presently being received by the National Working Committee and other top members of the APC at the party’s national secretariat in Abuja.

In a brief remark, Mr. Na’Abba said he decided to join the APC because the PDP has refused to change its undemocratic ways of doing things.

He also said he had left the party before, in 2005 but returned after late President Musa Yar’adua assumed office in 2007 and promised change. The promise, he said, was not fulfilled.

“I believe the country needs change, particularly at the top,” he said.

He also said Nigeria has suffered serious misrule in the 16 years of PDP administration ‎adding “the momentum everywhere now is with the APC and that is why I decided to join the APC in order to help grow the momentum,” he said.

I have no apology for confirming Obanikoro – Mark