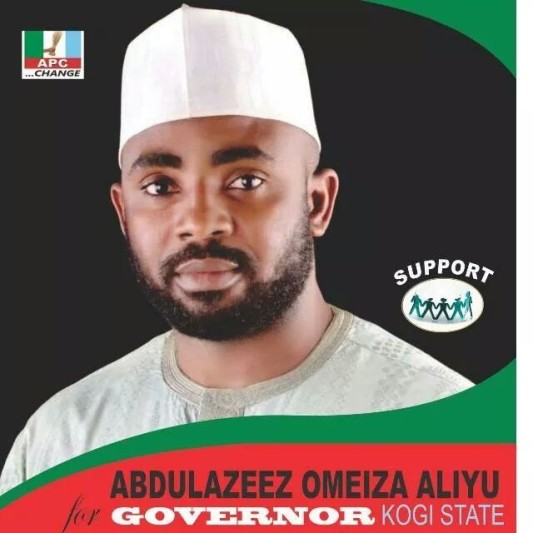 A governorship aspirant of the All Progressives Congress, APC, in Kogi State, Abdul-Aziz Aliyu, is dead.
The victim and his younger brother, Salmanu Aliyu, were killed in an auto accident along Jere Town of Kaduna State on Saturday.

Abubakar Aliyu, who spoke on behalf of the family, told reporters in Kano that the incident happened on Saturday afternoon  when the victims were returning from Abuja.

Mr. Aliyu said  the 36 years old APC stalwart was in Lagos for an official engagement on Friday. He said the politician, who was to travel to Kano same day, stopped over in Abuja as his flight from the Nigerian capital was cancelled due to bad weather.

Salmanu,  who was also in Abuja for a private engagement, joined his elder brother for the road trip to Kano during which the accident occurred.
“Omeiza (the late politician’s son) spoke with his father around 1.30 p.m. on Saturday few minutes before the ill fated journey. We received the shocking and sad news of his demise from samaritans at the scene of the accident,” the announcer said on Sunday.

He added that “from the report we received none of passengers on the ill fated Sharon car survived and they have been given mass burial at  a location at Jere town”.

Commenting on the incident,  the father of the deceased, Jimoh Aliyu, described the accident as a “fulfillment of destiny”, adding that he “accepted it as an act of God”.
He appealed to hundreds of his late son’s supporter who had thronged his Gama quarters residence in Kano to move on with their life, stressing that “Allah has done what’s best and suitable for us and we should be grateful to Him.”

Neither Jonathan nor Buhari can make Nigeria better – Gani Adams