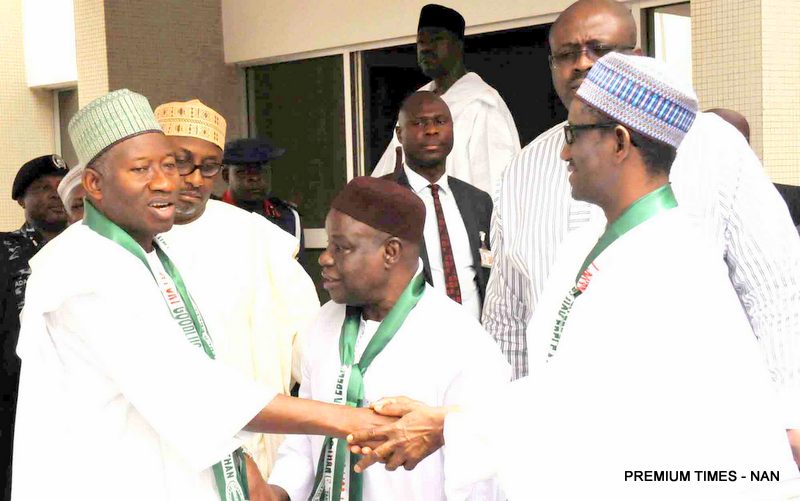 Mr. Jonathan arrived Yola, the state capital, at about 12p.m. and visited the Lamido of Adamawa.

Sources at the palace said “the president had a closed-door meeting with some traditional rulers in the Lamido’s palace for about hour before living for Adamawa State government house”.

At the government house, the president met with political and religious leaders in the state.

Mr. Jonathan was meeting with members of the Peoples Democratic Party, PDP, including Governor  Bala Ngilari , his deputy, when this report was filed.

Also present at that meeting were the state PDP chairman, the PDP governorship candidate, Nuhu Ribadu, past and present National Assembly members.

Mr. Jonathan paid his first visit in years to Adamawa State, on February 26, when he visited Mubi, a town reclaimed recently by government troops from the insurgent group, Boko Haram.

Before the visit, the president had stayed away from Adamawa, Borno and Yobe, despite the three states being at the centre of a violent Boko Haram insurgency that killed thousands of residents and displaced many more.

During his first visit two weeks ago, the president, alongside Nigeria’s Chief of Defence staff and all the service chiefs and the Inspector General of police, met with the Emir of Mubi, Isa Ahamadu, and the people of the area.

He later travelled to Baga in Borno State, another town recaptured in February from Boko Haram.