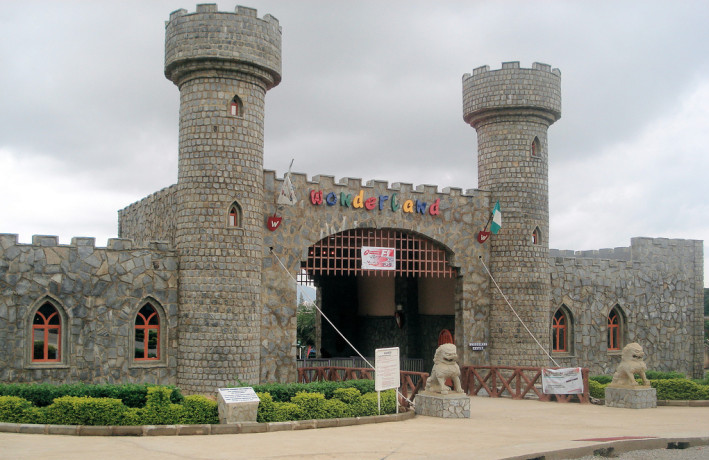 The United States of America has banned the owners of Nigeria’s Amigo Supermarket and Wonderland from dealing with any U.S. person.

In a statement, the United States Department of Treasury said it has frozen all property and assets owned by Fauzii Fawad, Mustapha Fawaz and Abdallah Tahini.

All three men were also earlier named by the Joint Task Force, Kano, as members of a Lebanese Hezbollah group in Nigeria.

The U.S. Department of Treasury said the trio and their companies have been issued Executive Order 133224 for acting for or on behalf of Hezbollah, a Lebanese group.

“As these designations make clear we will track Hezbollah’s illicit activities to all corners of the earth.

“Together with our international partners, we are tirelessly working to dismantle Hezbollah’s financial apparatus. Wherever this terrorist group may seek to raise funds, we will target and expose its activity,” the statement said.

Wonderland is Abuja’s biggest and most popular amusement park, while Amigo is one of the largest supermarkets in the Nigerian capital.

In May, 2013, the Joint Task Force in Kano said Mr. Fawad’s name was mentioned by three Lebanese arrested for being in possession of heavy weapons, and other terrorism related activities.

Mr. Fawad and three other Lebanese – charged for terrorism and alleged importation of firearms were arrested by a JTF raid in Kano in May, 2103.

They were charged to court but were later free after a Court in Karu, an Abuja suburb, stuck out the suit following an application by the prosecutor, Cliff Osagie.

The State Security Service and the Nigerian Army said they found several arms and ammunition including anti-tank guns in buildings belonging to the Lebanese in Kano.

The raid by the JTF led to the sealing of Amigo Supermarket and Wonderland Amusement Park in Abuja at the time.

At the trial, the prosecutor, in his application to withdraw the charges, told the court that further investigation against the accused persons revealed that the offences for which they were charged before the court were outside the scope and jurisdiction of the court.

A different case was however, filed by the Lebanese at a Federal High Court seeking the release of the accused persons from detention and an apology from the Nigerian Security agencies for their detention. They demanded N50 billion as damages.

On June 8, 2013, the DSS sought President Goodluck Jonathan’s approval for the immediate demolishing of Amigo Supermarket, the approval was, however, not granted.

The lawyer for the suspects, Bamidele Aturu, questioned the rationale behind the planned demolition of the Amigo building. He also threatened legal action against the federal government if those arrested were not charged to court immediately as required by law.

On November 29, 2013, a Federal High Court in Abuja, sentenced Tahal Roda, to life imprisonment on terrorism charges. The court however, cleared Messrs. Fawaz and Thani, of all charges levelled against them.

During their trial, Simon Egede, the prosecution counsel, maintained that the accused persons were guilty of the charges, especially based on the evidence given by witnesses.

However, Robert Clarke, a Senior Advocate of Nigeria, the defence counsel, opposed the submission of the prosecution counsel, saying Hezbollah had not been pronounced a terrorist organization by the Nigerian government.

He said Hezbollah was like any other group and, therefore, prayed the court to acquit and discharge the accused.

Justice Adeniyi Ademola, in his ruling also ordered an immediate reopening of the supermarket and Amusement park which were sealed for seven months.

Mr. Mustapha, the U.S. says, is a significant donor to the Hezbollah group.

In September, 2003, he reportedly solicited donations in Abuja, Nigeria, and helped arrange the transmission of these funds to Hezbollah in Lebanon, the US department of the treasury said.

He communicated and received emails and newsletters regarding the group’s activities and aided in the distribution of information to other Hezbollah supporters in Abuja, while using special surveillance cameras based at Amigo Supermarket to monitor the movements of expatriates, especially Israelis.

According to the U.S., Mr. Fauzi is a Hezbollah Foreign Relations Department official in Abuja. The department scouts for recruits for the Hezbollah’s military units, creates and supports Hezbollah’s terrorist infrastructure for its operational units in Africa and globally

Messrs. Fawad and Fauzi are co-owners of Amigo Supermarket Limited, holding a combined 70 per cent ownership share, and are both listed as a Director.
They also hold combined 100 per cent interest in Wonderland Amusement Park, with Mr. Fawad as Managing Director.

The duo also own Kafak Enterprises Limited, a holding company operating in Nigeria and Sierra Leone. They are the Managing Directors of this entity.

The third Lebanese listed, Mr. Tahini, is said to have received military training in Lebanon and described as a permanent representative of the Hezbollah Foreign Relations Department