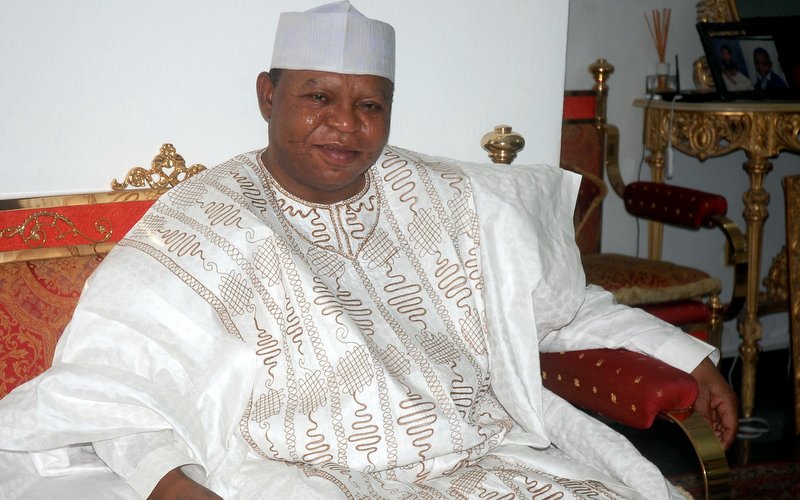 The Economic and Financial Crimes Commission has accused a former governor of Kogi State, Abubakar Audu, who is being prosecuted at a Federal Capital Territory High Court over alleged contract scam to the tune of eleven billion naira, of ordering his security aide (a police officer) to assault one of its operatives, Haruna Ashade, for daring to take his photograph in court.

A statement by the Spokesperson of the EFCC, Wilson Uwujaren, said Mr. Ashade, a member of the EFCC team assigned to cover the proceedings, “was carrying out his lawful duties when Mr. Audu’s aide descended on him”.

Mr. Uwujaren continued, “The sudden realisation that his image might have been captured by the cameraman, incensed Prince Audu. Seething with rage, he demanded for the camera. When Ashade refused to hand the equipment over to the accused person, Prince Audu called on one of his aides, a police inspector, to forcefully collect the camera from Ashade and delete his pictures from it.

“A scuffle ensured which threw the court into confusion. Audu’s aide rained blows on Ashade, in the attempt to snatch the camera from him. It took the personal intervention of Justice Ademola Adeniyi who was about coming out of his chambers to restore order.

“Justice Adeniyi sent one of his assistants and his orderly to restrain Prince Audu’s aide. He was said to have ordered the release of the camera for it to be kept in the custody of the court until after the sitting. Ashade obliged them.

“However, to the dismay of officials of the EFCC, when the camera was released, all the pictures taken in court had been deleted.”

When the case was finally called, the prosecuting counsel, Rotimi Jacobs, SAN, pleaded for short adjournment for reasons of non availability of his witnesses in court.

He told the court that, he was at the Court of Appeal till late on Monday, and was not aware that the bank witnesses to be called were not available.

He informed the court that the prosecution would bring in new witnesses to testify.

Responding, counsel to the first accused, Patrick Ikwueto, SAN, said if the prosecution has other witnesses not contained in the proof of evidence, there is a need for defendants to be served with their statement.

The case was then adjourned to March 6 for continuation of trial.

Mr. Audu is being prosecuted alongside a former Director General of the Directorate of Rural Development in his administration, Alfa Ibn Mustapha, for offences bordering on criminal breach of trust and misappropriation of public funds to the tune of N10,965,837,040 (ten billion, nine hundred and sixty five million, eight hundred and thirty seven thousand and forty naira).

Mr. Audu could not be reached to comment for this story Wednesday.