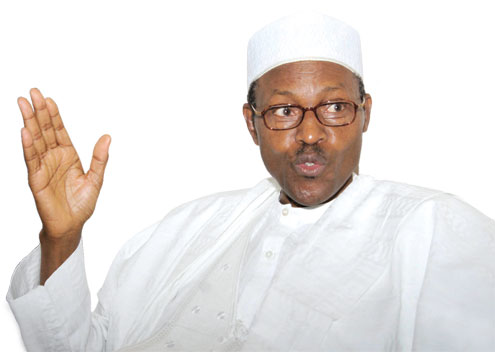 The presidential candidate of the All Progressives Congress, APC, and former head of state, Muhammadu Buhari, has expressed outrage at the current fuel shortage that has lingered nearly a week, criticising President Goodluck Jonathan and past Nigerian leaders who failed to fix the refineries.

In his first response to the petrol scarcity that began Thursday, Mr. Buhari said past governments, and Mr. Jonathan’s, left Nigeria at the mercy of fuel imports by failing to fix the refineries.

He recalled that two of the four refineries in the country were built while he was petroleum minister in the 1970s.

“The countless man hours that will be spent at petrol stations today, will reduce our productivity as a nation. This should not be so. – GMB,” Mr. Buhari tweeted Tuesday.

“In my time as NNPC chairman and Petroleum Minister in the late 70s, 2 of our 4 refineries were built, and domestic consumption catered for.

“But over the last several years our refineries have declined, and we are at the mercy of imports,” he said.
The fuel scarcity, one of the most serious in recent years, entered the sixth day Tuesday despite assurances from the Nigerian National Petroleum Corporation, NNPC, that petrol will be made sufficiently available.

As the shortage bit harder Monday, the corporation and the Petroleum Products Pricing Regulatory Agency, PPPRA, announced that a billion litres of petrol will be imported in March to take care of a shortfall in supply.

The government however insists it has sufficient stock of petrol to last through March. It accuses marketers of either refusing to sell or diverting the product.

The ruling Peoples Democratic Party, PDP, said the sabotage was instigated by the All Progressives Congress, APC, an allegation the opposition party strongly rejects.

On Monday, the National Union of Petroleum and Natural Gas Workers, NUPENG, said the crisis was partly in protest of the government’s refusal to pay fuel marketers for imported product. The union urged finance minister, Ngozi Okonjo-Iweala, to intervene immediately.

Mr. Buhari criticised the government for allowing the problem to persist by failing to fix the refineries, saying despite Nigeria’s oil wealth, the country has been reduced to an importer of petrol.

“We must reject a system that has turned one of world’s largest crude exporters into an importer of petrol. Things must change. – GMB,” he said of the Jonathan government.