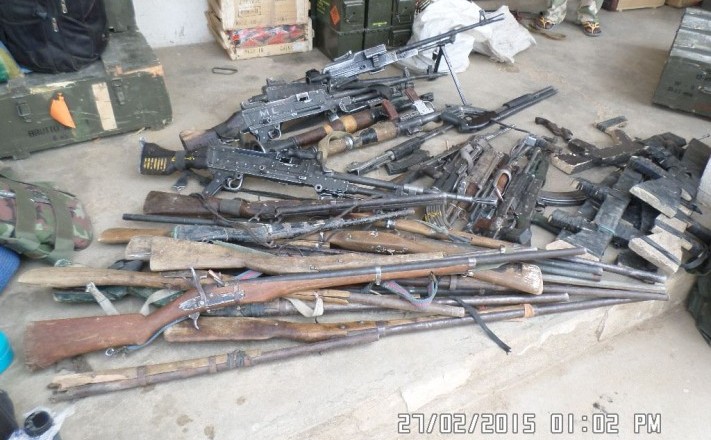 Troops on cordon and search along Djimitillo Damaturu road axis on Friday night had an encounter with a group of terrorists after their hideout was discovered by troops, the defence headquarters has said.

The Director of Defence Information, Chris Olukolade, a Major General, said the fierce fight to dislodge the insurgents from their hideout, near a market, resulted in the capture of machine guns and rifles.

Some of the insurgents were killed, the statement said.

“Some of the terrorists are believed to have died in the fire that gutted the house where they had made their base,” Mr. Olukolade said. “A soldier was killed while another was wounded and is undergoing treatment.”

In Gulak, Adamawa State, the defence spokesperson said troops caught up with some of them who were in the process of blowing up a bridge to deter troops advance.

“The terrorists were not lucky as they died in their encounter with troops,” Mr. Olukolade said.

“The troops are continuing with the cordon and search of the town and environs after overpowering the terrorists.

“A lot of arms have been recovered in the process. Troops are also dismantling the terrorists group’s flags hoisted in the towns.”