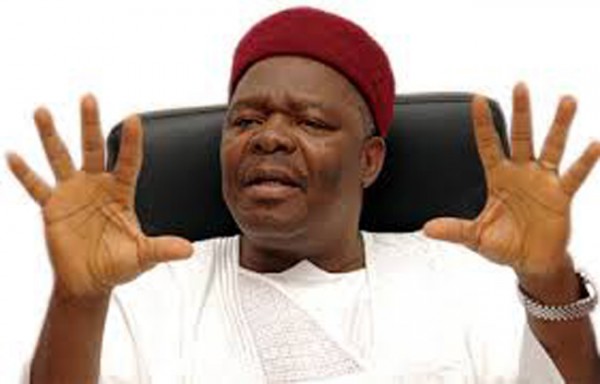 We must stop Buhari before he sends us to jail – Ex-Senator, Zwingina

The Peoples Democratic Party, PDP, candidate for Adamawa South Senatorial District, Silas Zwingina, has claimed that the Presidential candidate of the All Progressives Congress, Muhammadu Buhari, intends to send public office holders to jail if he emerges president.

Mr. Zwingina, therefore, urged his party members to work hard to ensure that Mr. Buhari fails in his bid to become president.
Speaking in Yola, the Adamawa state capital, Mr. Zwingina said “we have to stop Buhari and his plan to build more prisons to jail politicians.

“You know Buhari, he will send us to jail for between 200 to 300 years and it is the lucky ones among us that will get 50 years.

“As you know, there is no way you will hold office in Nigeria and go scot free if the authorities want to get you.

“Buhari is determined to send people to jail and even APC governors are not comfortable with him and that’s why many of them are not following his campaign team,” Mr. Zwingina alleged.

He said President Goodluck Jonathan is better than Mr. Buhari and needs to be returned to continue his transformation agenda.

“Let me tell you, that Jonathan is 1,000 times better than Buhari and that’s why people resolved to vote for our candidate, President Jonathan,” he said.

He also urged the people to elect the PDP gubernatorial candidate, Nuhu Ribadu as Governor and vote all other PDP candidates in the state.

In his remarks, Mr. Ribadu pleaded for the unity of PDP in the state if it must emerged victorious.

“If you vote me, I promise you that I will not betray you. I met just recently with Mr. President and he showed concern over the level of underdevelopment in Adamawa with the promise that Adamawa is among the states he will accord priority in terms of federal projects.

“In 2011 election, we gave the president 65 per cent and I promised him that this time around we will give him 80 per cent,” Mr. Ribadu said.