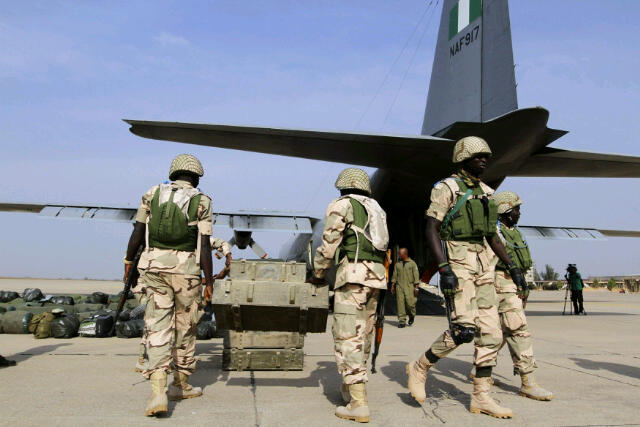 After hours of fighting at the outskirts of Gombe town, soldiers of the Nigerian army have repelled a deadly attack on the town by Boko Haram insurgents.

But the terrorists, who fled with corpses of their colleagues, dropped a written notice, warning citizens against participating in the coming elections.

Witnesses in Gombe said they saw the insurgents fleeing in dozens of vehicles.

“We saw them leaving and some of them shouting and telling us not to be scared that they did not come to harm us; that they had come to fight soldiers, said a villager at the outskirts of Gombe, who spoke to journalists on phone.

“We saw some of the vehicles carrying bodies of persons that appeared to have been killed or injured. Some of them were dropping written messages in Hausa”, the source who doesn’t want to be named for security reasons said.

Interview: “We Faced them, but they were stronger” – Borno Vigilante Fighter