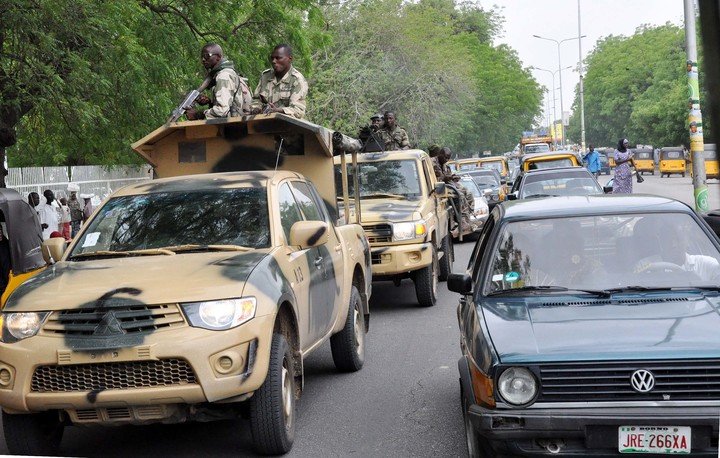 Nigerian soldiers on patrol in Maiduguri

Nigeria’s security agencies have alerted the public, based on intelligence report, on the impending movement of terrorists in some areas of Borno State.

Speaking at a briefing with journalists, the National Coordinator, National Information Center, Mike Omeri, said a considerable movement of some Boko Haram recruits in Geidam, Mairi and Dupcha might be noticed.

He said the terrorists, who could be moving to their various training camps, had planned on disrupting elections in the area, having boasted about having a strong capacity of over 50,000 members.

Mr. Omeri, however, said the Nigerian military forces have fully mobilised and deployed against the insurgents who are being chased and roundly subdued.

He urged the general public to exercise a high level of vigilance and also support the effort of the military to ensure hitch-free elections and a return to normalcy in the area.

He also called on civil society organizations and politicians to avoid disruptive and inciting statements.

In addition, security emergency numbers were released by the office of the National Security Adviser for use by residents of North Eastern Nigeria.

The telephone lines, he said would enable members of the public lay complaints and report any security breach and other related issues for prompt intervention by the appropriate authorities.