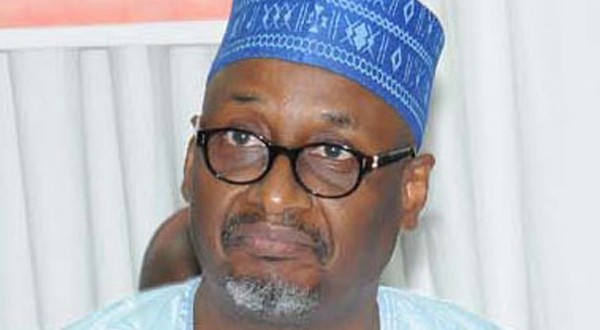 The national leadership of the Peoples Democratic Party (PDP) says it has noted a deliberate attempt by the Independent National Electoral Commission (INEC) to disenfranchise its members and supporters in Lagos
state by refusing to release their Permanent Voter Cards (PVC) to them.

PDP National Publicity Secretary, Olisa Metuh, in a statement on Thursday said the party has observed that officials of INEC are working hand in gloves with the All Progressive Congress [APC] in the state to frustrate the distribution of the PVCs in PDP strongholds as well as to non-indigenes in the state.

The PDP described the development as “unacceptable, illegal and part of the criminal plot by the APC to hold on to power in the face of its dwindling popularity among the people who are now eager to vote enmasse for the PDP and end APC’s dictatorial rule in the state.

“While we restate our commitment to peaceful and credible elections come February 14th 2015, we will not accept any attempt to scheme us out in any state or states controlled by the APC”, the PDP noted.

The PDP said the APC has been jittery over the increasing popularity of President Goodluck Jonathan and the PDP governorship candidate in the
state, Olujimi Agbaje, and now seeks to compromise the electoral process by manipulating the distribution of the PVCs.

Stating that INEC has refused to check the trend despite repeated concerns raised by its state chapter and other well meaning Nigerians, the PDP said the onus now lies on the Chairman of INEC, Prof. Attahiru
Jega and the leadership of the commission to prove their innocence by immediately intervening and ensuring that all eligible voters in the state received their PVCs accordingly.

The PDP also demanded that INEC thoroughly investigate the matter and ensure that all those involved are sanctioned in order to restore confidence in the electoral process in the state.