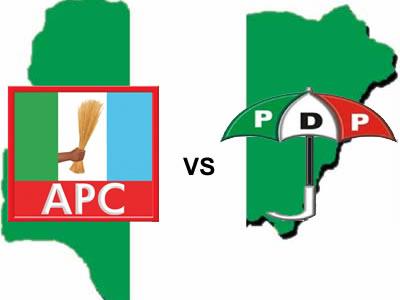 A survey by a pan-African non-partisan research network, Afrobarometre, has revealed that the Peoples Democratic Party, PDP, the All Progressives Congress, APC, are likely going to get 42 per cent each of all votes cast in next month’s presidential election describing the election as the closest on record.

Despite the closeness of the poll, the research, conducted in conjunction with CLEEN Foundation, however revealed that most Nigerians are “dissatisfied with current economic conditions” and not impressed with the country’s democracy,” suggesting that those who said they would vote for president Goodluck Jonathan are doing would do so for reasons other than performance.

When asked which party they expect to win 40 per cent said the PDP while 38 per cent gave it to the APC but Afrobarometre said the difference lies between the polls margin of error.

According to the research, three quarters of the population (74 per cent) say the country is headed in the wrong direction economically; a four per cent increase from two year ago while 70 per cent expressed a pessimistic projection about the economy.

However, despite the overwhelming despondency about the economy and the governance, the Afrobarometre survey revealed that Nigerians have strong faith in the democratic process and their choice to vote for whom they choose to. A whooping 80 per cent of the respondent say they are free vote for who they choose while 77 per cent said elections is the best system for choosing leaders. Ironically, 68 per cent said they lack confidence in election as a means to “enable voters to remove from office leaders who do not do what the people want”

Fifty per cent however expressed concern about increasing intimidation in the current electoral process. This represents an alarming 34 per cent increase from just two years ago. This result is in tandem with several prognoses that the forth-coming election would be marred by outbreak of violent attacks in several parts of the country.

The survey also suggested that the turnout for the election would be impressive with 78 per cent of those interviewed said they would vote.

Surprisingly against the common narration that both leading parties are almost identical in ideology, a whooping 68 per cent say, “There are important differences between the ruling and opposition parties.”

SEC, NSE ready to work together to build a stronger capital market