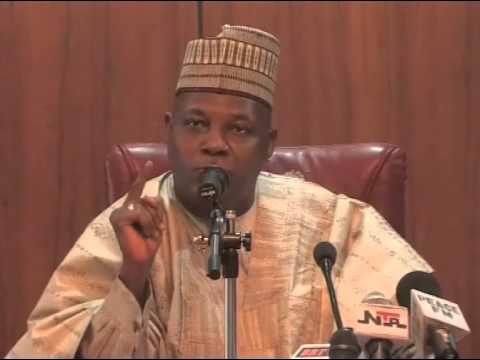 The Governor of Borno State, Kashim Shettima, on Monday, asked victims of the Boko Haram attack in Monguno to see the ​incident as “ordained by God”. He also prayed for God’s intervention to bring an end to the security challenges.

Mr. Shettima​, ​in a statement in Maiduguri​,​ expressed sadness over Sunday’s attempt​ by Boko Haram to take over Maiduguri, the Borno State capital.

He asked the residents of the state ​to remain calm and reassured them that security forces were making frantic efforts to safeguard lives and property.

He commended the gallantry of the military in repelling the attack on the state capital.

He, however, regretted the attack on Monguno, headquarters of Monguno Local Government Area in the northern part of the state.

He said that as result of that, properties were destroyed, lives were lost and many people were now taking refuge in different parts of the state with some sustaining gun injuries.

Mr. Shettima said ​the ​government was screening and taking records of surviving victims from Monguno with a view to accommodating and offering them immediate palliatives as internally displaced persons.

The statement said the administration was providing necessary support to armed forces involved in counter insurgency operations across the state.

He promised to continue to do everything humanly possible until territories seized by insurgents were reclaimed and sustainable peace and stability achieved.

“Our armed forces gallantly repelled attacks on parts of Borno State,” Mr. Shettima said. “We must commend their patriotic efforts. We are very much in touch with leaders of security forces. And we will continue to afford them all the support they need as we have always done from our first day in office till date.”

Boko Haram: Military got intelligence report before Monguno attack, yet taken by surprise