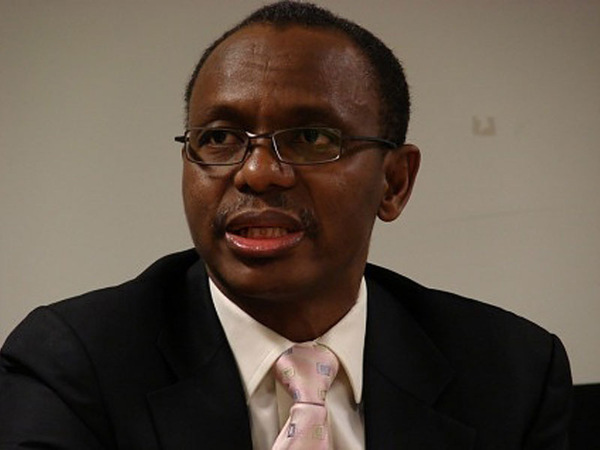 God is my godfather – El-Rufai

The gubernatorial candidate of the All Progressives Congress, APC, in Kaduna state, Nasir El-Rufai, on Thursday, said God and the people of the state are his “godfather.”

The former Minister of the Federal Capital Territory was addressing a crowd of supporters in Saminaka, headquarters of Lere local government, during his ongoing state-wide campaign.

He also thanked his supporters for “being firm and insisting on quality leadership in the coming election”.

“I have said my plans as contained in our manifesto,” he said. “We are not deceivers and soothsayers. We mean what we are saying because we did it in another capacity and we will do again if you give us the mandate.”

The APC candidate also spoke about the challenges of the Permanent Voters Card.

“We also heard your cry about voters card and the challenges. There is also the issue of the plan to steal votes. We have heard about it. People of this local government should not let that happen. One way to ensure that this doesn’t happen is for you to get your voters card. During the election make sure you vote, but don’t fight with anyone. Use your voters’ card to take out of power the current incompetent administration in the state,” he said.

The APC senatorial candidate in the zone, Sulaiman Hunkuyi, called on the people of the area to use their votes wisely.

He said this was the only way to peacefully throw out the administration that had been disappointing in the last 15 years.

He cited the bad roads in the local government area as well as the dilapidated schools as reasons the PDP must be voted out.

“We entered this town to see an old primary school where prominent people from this area had their education and we saw that the roof was blown off. These are the evidences of the terrible times that the PDP government has subjected the people to,” he said.