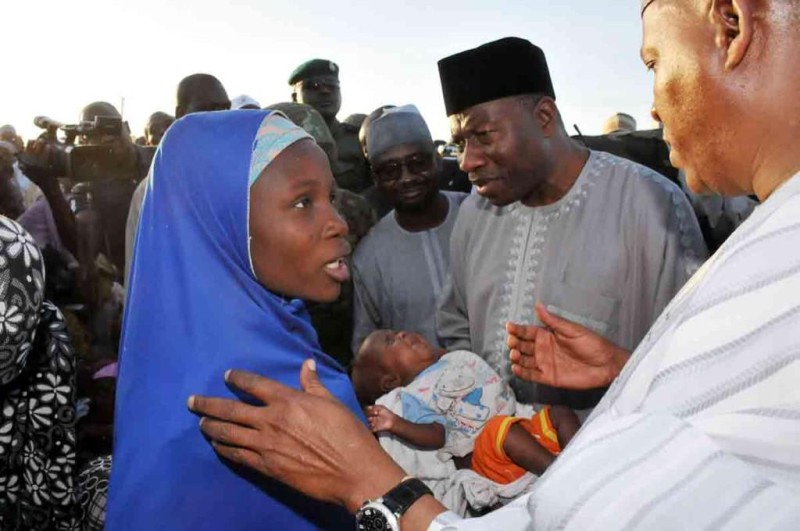 The All Progressives Congress, APC, has congratulated President Goodluck Jonathan for finally finding the courage to visit Maiduguri, Borno State, to pep up the gallant troops battling the Boko Haram insurgency, but said the President has more trips to make to Chibok, Buni Yadi and Potiskum, among others.

In a statement issued in Makurdi on Friday by its National Publicity Secretary, Lai Mohammed, the party said the President should follow up his visit to the epi-centre of the Boko Haram battle with visits to the parents of the 219 missing Chibok girls as well as the families of the boys who were killed at the Federal Government College in Buni Yadi, Yobe State, last year.

It said it is only by doing so that the President can begin to refute the published report that his visit to Maiduguri on Thursday was politically motivated, aimed at laying the foundation for his impending electioneering campaign swing across the north, especially to Maiduguri on Jan. 21st.

”We have always said the President and the Commander-in-Chief of the armed forces should never be afraid to visit anywhere in the country.

”But it is necessary to remind the President that he must not play politics with human lives, and that he must stop putting Jonathan first, Jonathan second and Jonathan third, at the expense of the nation,” APC said.

The party said now that the President has woken up from his slumber, he should also address the issue of the low morale of the troops and their lack of the necessary fighting equipment, if they are to effectively battle the terrorists who have killed and maimed thousands of innocent citizens.

”It is instructive that a few hours after President Jonathan visited Maiduguri, the global news channel CNN aired an interview with some Nigerian soldiers who complained of very low morale among the rank and file, lack of fighting equipment and very poor welfare. Another blamed the terrible situation being faced by the troops on massive corruption.

”This does no credit to an Administration that has allocated billions of naira to the defence and security sector, billions that apparently did not percolate to those at the front line of the battle. It calls to question the usage to which the government has put the huge funds allocated to the sector, including the 1-billion-dollar loan that was recently approved by the National Assembly,” it said.

APC called on the National Assembly to probe how the billions of naira that have been appropriated for defence and security have been spent.