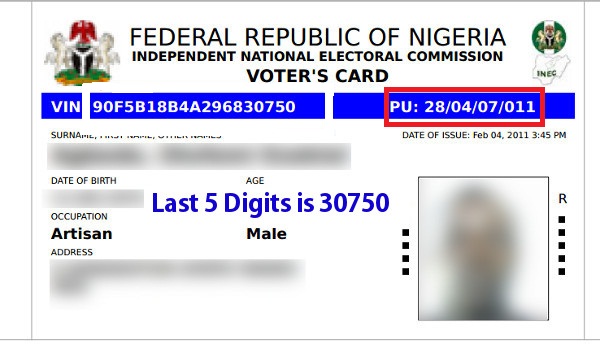 The Chairman of the Independent National Electoral Commission, INEC, Attahiru Jega, has said in its current projection, the cost per voter in the February elections is $7.90 (over N1,300.00) bringing the total cost for the 68 million voters to about N90.2 billion.

He said the figure is $1.10 higher than that of the 2011 elections, despite the enormous technology it is currently deploying into the electoral process.

Mr. Jega stated in a paper he presented through a National Commissioner in the Commission, Lai Olurode, at a conference in Abuja on Thursday.

The two-day conference was organised by Savannah Centre and CSIS Partnership on Nigeria’s National Election.

INEC had on Tuesday announced that about 68 million Nigerians were expected to vote in the February 14 and 28 elections.

“By our projection, next month’s election would cost less per voter than was the 2011 elections,” he said.

“In 2015, our projection is $7.90, the enormous technology that we are deploying into the electoral process, notwithstanding.”

Mr. Jega said like other government agencies, INEC was still facing funding challenges because of competing interests and diverse concerns of government, but that “the good news is that we have no cause to entertain doubts.”

According to him government agencies had been supportive as they did in 2011 and that there was an increasing awareness of the centrality of elections for the nation’s development.

He expressed commitment of the Commission “to transparency in the management of resources that are allocated to us and we make sure we get maximum returns on our investments.”

Mr. Jega said the electoral body was being selective in its procurement process and that it was doing pilot testing as much as practicable.

He said training temporary and permanent staff was key to the success of any election. He said there was need for all to be familiar with changes and innovations that were being brought bear on the electoral process.

“At an average of four ad hoc staff per voting point and with about 160,000 of such voting points, the commission will have to train close to 650,000 personnel.

“The logistics and cost requirements to train this number are huge and could be challenging. It is expected that as we engage more of those with previous experiences in election administration, more professionalism will certainly be infused into the electoral process. We will also continue to tap into the stocked assets of previously trained and engaged ad hoc staff.”