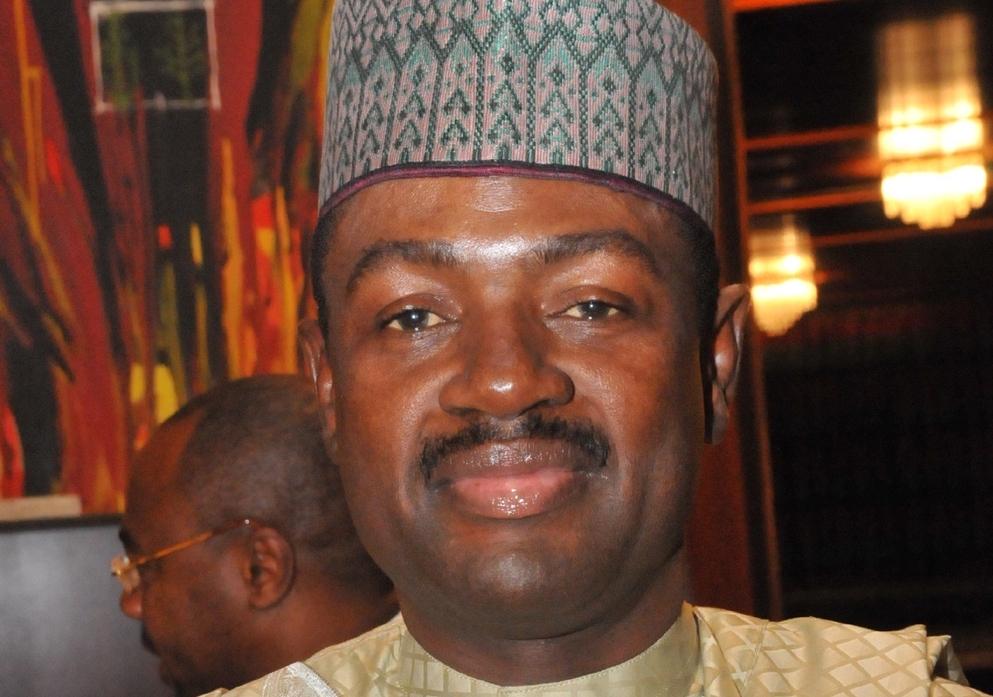 After weeks of speculations, former minister of Information, Labaran Maku, has finally secured the gubernatorial ticket of All Progressives

​at​ the hands of Yusuf Agabi who scored 214 votes to emerge winner of the Peoples Democratic Party, PDP, gubernatorial primary.

He also attempted to secure the gubernatorial ticket of the Labour Party, LP, in Nasarawa State but failed.

Mr. Maku who was presented as the APGA gubernatorial candidate

​at ​a hotel, Manyi royal suit​,​ behind Open university Jos road Lafia, said PDP rejected his candidature because of sentiments.

He said he left the PDP because of the irregularities and injustice that transpired during PDP primary.

He said that he decided to embrace APGA which he believes would form government in the state in 2015.

​have ​equal rights and opportunities, if elected as governor.

Mr. Maku alleged that the PDP and the All Progressives Congress, APC – led government in Nasarawa state worked to ensure he did not get APGA’s ticket by threatening the leadership of the party in the state.

“The struggle to ensure that I did not become candidate of APGA is emanating from Government House in Lafia. There is no place they have not gone, they have threatened APGA leadership in the state”.

Mr. Maku who named Ibrahim Abu, an Alago man from Obi local government, as his running mate, said the PDP and APC fear his ability and tested leadership qualities which has endeared him to the electorates.

“They know more than anybody that when it comes to vision, to leadership, to capacity to express that vision and mobilize to get people moving, they know I have the capacity and that is why they are all jittery,” he boasted.

Mr. Maku added that he is on a rescue mission and that governorship

​seat ​should move to the Northern senatorial zone since the southern and western zone having occupied the position for a period of eight years each.

“We cannot afford another round of eight years in Lafia zone which means sixteen years wait, where is the justice in that?”

The state chairman of APGA, John Amakor, who officially unveiled the former Minister of Information as its gubernatorial candidate in the state said the party gave the ticket to Mr. Maku after due consideration of his vast wealth of experience and political clout.

Mr. Amakor, speaking on the raging controversy surrounding the candidature of Mr. Maku, said the national secretariat of APGA, certified the latter as the undisputed bearer of the party ahead of the February 28 guber election.

Jonathan’s re-election only solution to peace in 2015​ –Akpabio​