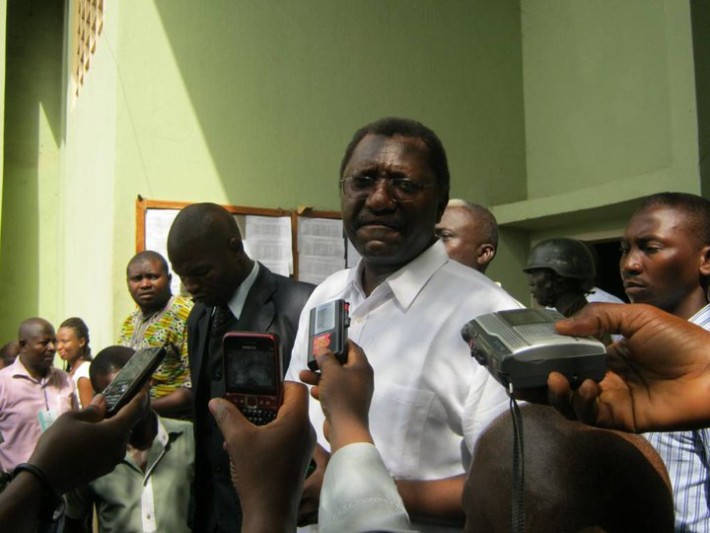 Steve Ugbah, one of the candidates had a court order stopping the election

The All Progressives Congress’s gubernatorial primary election panel in Benue on Friday abandoned the exercise.

The chairman of the panel, Babajide Kayode, did not give reasons for parking the electoral materials, personal belongings and storming out of the IBB square, venue of the elections.

The News Agency of Nigeria, NAN, reports that the election began at 11 p.m. and was abandoned at midnight of Friday.

The delegates from Agatu, Ado, Apa, Ohimini and Ogbadibo, Local Government Areas had voted before the exercise was suspended.

The delegates from Okpokwu Local Government Area were voting when the exercise came to an abrupt end in the state which has 23 local governments.

The Chairman of the party, Abba Yaro, and other chieftains could not be reached on telephone for comments.

One of aspirants, Steve Ugba, had obtained a court order restraining the panel from conducting the primaries for excluding him from the race.

The judge, Terhemen Onum, had held that the party did not vacate the certificate of clearance given to the applicant before disqualifying him.

He held that the party ought to have vacated the certificate of clearance before issuing a statement that the applicant was no longer eligible.

Mr. Ugba had in the motion argued that the party cleared and issued a certificate which qualified him to participate in the elections.

He contended that it was illegal for the same party to declare him ineligible to run without first vacating the eligibility certificate.

Mr. Ugba contested against Gov. Gabriel Suswam in 2007 general elections under the platform of the defunct Action Congress Nigeria, but lost. (NAN)