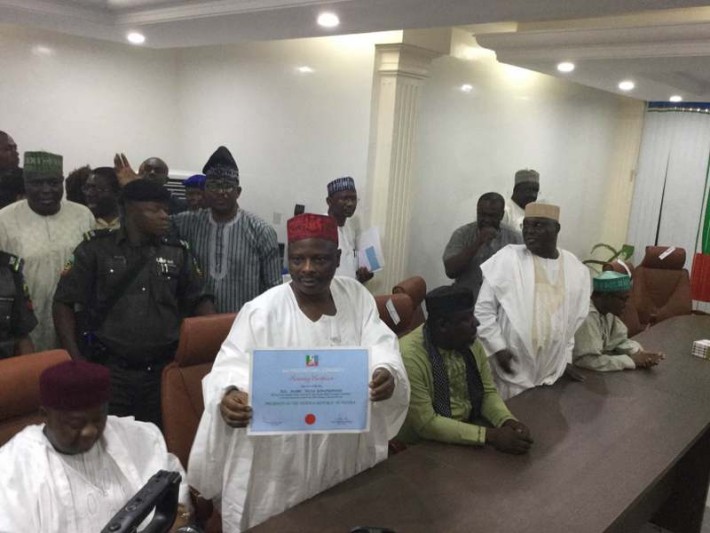 The opposition All Progressives Congress, APC, has cleared all the five aspirants seeking to be the candidate of the party in the 2015 elections.

Before presenting them with certificates of clearance, Wednesday, Mr. Onu said the APC has mandated them all to sign letters of commitment to the party.

He added that part of the details in the letter include the commitment to improve the wellbeing of Nigerians, improve security and for those who lose to support the winner by collapsing their structure into that of the party so that the APC can go into the elections as a united party.

“Yesterday we met for four hours with the aspirants, during the exercise, we found out that these men are so distinguished that there is not one that won’t make a great difference for the country,” Mr. Onu said.

“We tested their understanding of the nation’s problems, and I am happy and satisfied with the quality of people running for President under the platform of the APC.

“I want to also reveal that the scores were very narrow and very high, the least scored 62 percent, while the highest scored 78 percent,” he said.

Former Head of State, Mr. Buhari responded on behalf of the aspirants and commended the party’s leadership for putting up such a strong screening committee.

“We went through the mill yesterday on foreign affairs, security, economy and the impact of what our personal decisions are to the polity,” Mr. Buhari said.