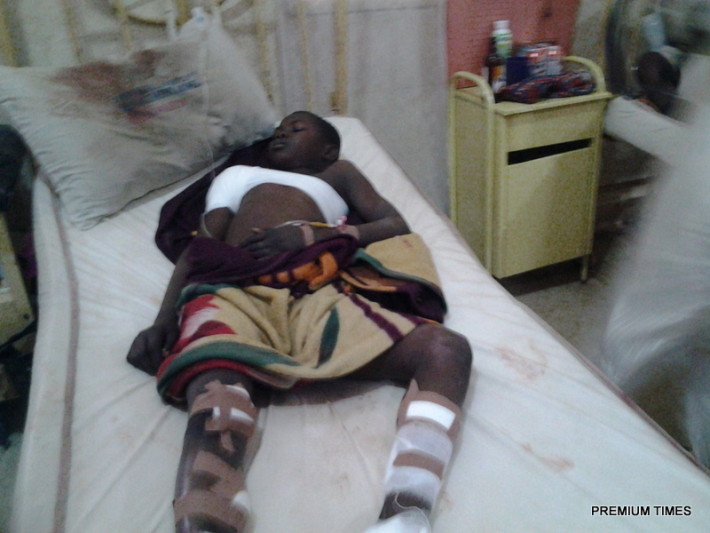 Survivors of Friday’s bomb blasts at the Kano Central Mosque have narrated their experiences, some, speaking of how they survived multiple gun shots.

One of the survivors, Sani Abdulkadir, said he was entering the mosque when he was hit by a bullet, then another in the chest, before he fell unconscious and woke up at the hospital.

Another survivor, Kabiru Ibrahim, said he was in the congregation when he heard a loud sound. Something hit his chest and he saw blood gushing out.

He said as he was running toward the gates of the mosque, he saw a young man, probably in his twenties, shooting sporadically, then he quickly lay down and hid among the dead bodies.

He got up only when rescue started but by then had lost so much blood that he collapsed.

He was rushed to the hospital where it was discovered he had two bullets in him, one in his leg, the other in his back.

Babangida Hamisu, who is still in the hospital with bullet lodged in his body, said he has not been attended to by the doctors.

He said he saw real horror because the people beside him died a few seconds after the bomb went off.

He said he tried to run away but one of the gunmen saw him and opened fire on him, hitting him with bullets in the tummy, leg and the head.

Meanwhile, the Kano Commissioner of Health, Labaran Yusuf, has said there would not be a mass burial for the dead victims as families were still claiming bodies.

Mr. Labaran told PREMIUM TIMES through his spokesperson, Ismaila Gwamaja that all the unclaimed bodies were still at the mortuaries in body chillers purchased by the government.