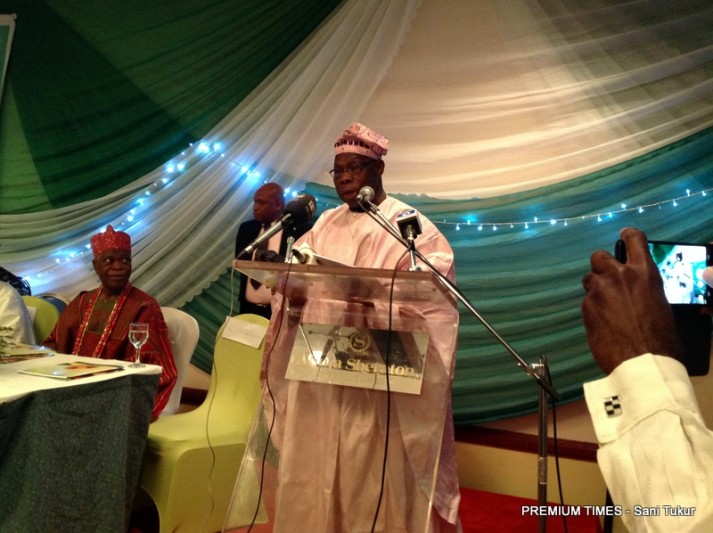 The Senate on Thursday dismissed a scathing attack by former President Olusegun Obasanjo, saying Mr. Obasanjo merely sought to disrespect the National Assembly by accusing its members of extensive corruption.

Mr Obasanjo, in a furious outburst Wednesday, had accused members of the Senate and House of Representatives of stealing constituency funds, and extorting government officials they supervise through blackmail and intimidation.
The spokesperson for the Senate, Enyinnaya Abaribe, said in a statement that Mr. Obasanjo’s claim about constituency project funds was an outright lie aimed at misinforming Nigerians.

​“The allegation as spurious as it were. Its very distant from the truth and is nowhere near reality,” Mr. Abaribe said.​

“President Obasanjo for the avoidance of doubt, was the initiator of the constituency project in the year 2000 as a means of ensuring that projects were fairly spread across the country using the Senatorial zones as the spring board.

“To ensure execution of the projects, President Obasanjo again factored the constituency projects into the annual budgets to be implemented by the executive depending on availability of funds. That is to say that no lawmaker ever comes close to the funds or even determine the contractor for the said projects or when the said contract would be awarded,” Mr. Abaribe said.

He said it was curious that Mr. Obasanjo would turn around after over 10 years of initiating such a project to accuse the National Assembly of misusing such money.

“Such allegation stands logic on its head, as it amounts to an indictment of the Presidency for wilfully contravening the budget laws by ceding its power to execute to the National Assembly, if it was the case,” he said.

He said, “It will also help to clear the allegation once and for all, if any presidency official not only from the time past but currently, could come forward and explain the true position of the so called constituency projects. Doing so would at least set the records straight.”

I have no regrets – Fintiri