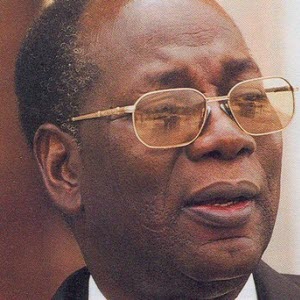 A local religious leader, named Seini Lamine, was also abducted from the same town in a separate incident.

Security Forces in Cameroun Republic have rescued the wife of the country’s Deputy Prime Minister, Amadou Ali, who was abducted on Sunday by suspected members of the extremist Boko Haram sect, the BBC Hausa service has reported.

News agency Reuters had reported the Information Minister, Issa Tchiroma, saying that the wife of Deputy Prime Minister and her maid were kidnapped in Cameroun’s northern town of Kolofata.

The attackers stormed their residence and took the woman away.

A military commander in the area said Boko Haram militants engaged Cameroonian soldiers in the town for some time.

The deputy Prime Minister, Mr. Ali, managed to escape the assailants to a neighbouring town, commander Feliz Formekong was quoted by Reuters news agency as saying.

A local religious leader, named Seini Lamine, was also abducted from the same town in a separate incident.

Mr. Lamine, who is called the Lamido, is the mayor of the town.

Cameroun had said it strengthened security at its border in April after Boko Haram abducted nearly 300 school girls in Chibok, Borno State.

More than 200 of the abducted girls remain in captivity. The attack is the third Boko Haram attack in Cameroon since Friday.

At least four soldiers were killed in the previous attacks, Reuters reported.

The report by the BBC on Monday did not provide more details, but it quoted the spokesperson of the government of Cameroun, Tchiroma Bakary, as saying the government is still investigating to know the exact number of persons that died during the attack.

The BBC, however,said reports indicate that 16 persons were killed.