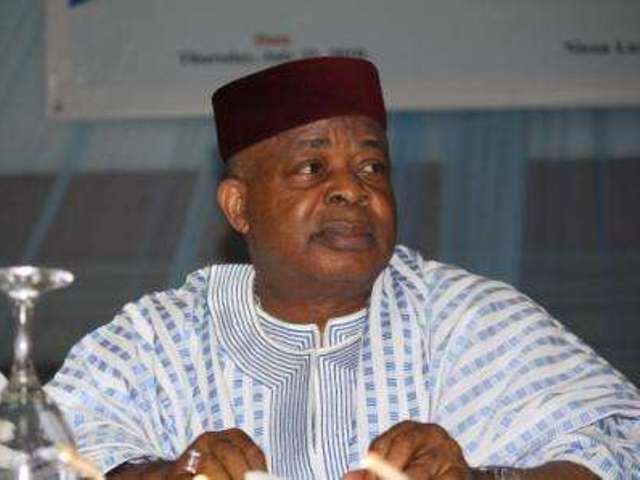 A former Senate President is the Chairman of the Board.

President Goodluck Jonathan has inaugurated the Governing Board of the Infrastructure Concession Regulatory Commission (ICRC), with a charge to Ministries, Departments and Agencies (MDAs) to ensure a fruitful partnership with the private sector to address infrastructural deficit.

The President, who was represented by Vice President Namadi Sambo, said “as a nation, we must in every respect, manifest our capability for the practical transformation of our country, through mutually beneficial partnerships. MDAs must now show a greater commitment to creative productive and fruitful partnerships with the private sector.”

He tasked the board under the chairmanship of former Senate President, Ken Nnamani, to build on the achievements of the pioneer board, headed by former head of the Interim National Government, Ernest Shonekan.

President Jonathan further urged them to accelerate the delivery of Public Private Partnership (PPP) projects, particularly the 19 recently identified by the commission, which included the construction of the 2nd Niger Bridge, the development of deep sea ports and concession of the railway lines, stressing the need to “achieve seamless financial closure as soon as possible”,

Mr. Jonathan added that “That is what the people expect and this is what the Government must deliver.”

He said the ICRC has a leading role to play in driving the PPP programme, noting that, “We have no doubt that members of the Governing Board will pursue this mandate with commitment and patriotism to achieve prompt success.”

He commended the pioneer board for ensuring that the Commission was placed on solid footing by drafting the National Policy on PPP approved by the Federal Executive Council, and also for winning laurels for the country, saying, “It is also gratifying to recall that Nigeria, 2010, won the Africa Investor Award in South Africa and the 2010 Public Private Partnership Award of the Commonwealth Business Council, both bestowed on Nigeria in recognition of our quick and articulated progress.”

The ceremony was held at the State House, Abuja on Tuesday.

In his remarks, the Chairman of the Board, Mr. Nnamani observed that the relevance of the Commission to addressing the infrastructural deficit in the country could not be over emphasised. He pledged on behalf of other members of the board that they would not let the country down.

Other members of the reconstituted board of ICRC are the Secretary to the Government of the Federation, Pius Anyim; Minister of Justice, Mohammed Adoke; Minister of Finance, Ngozi Okonjo-Iweala; and Governor of the Central Bank, Lamido Sanusi.

Edo did not shut down Benin Airport – Oshiomhole

U.S. soldier who leaked cables to Wikileaks acquitted of most serious charges