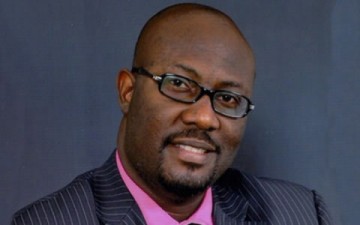 Immediate past member of House of Representative for Kabba/Bunu/Ijumu, Dino Melaye, on Monday filed a suit at the High Court of Justice in Lokoja against former Kogi Governor, Ibrahim Idris, for allegedly embezzling N56 billon while in office.

In his statement of claim, Mr. Melaye stated that as a taxpayer and former Federal Legislator, he is constitutionally and morally obligated to ensure that there is good governance in Kogi State and that “those elected into office such as the 1st Defendant, govern well and give ample democracy

dividends to the people of the state”.

Mr. Melaye said “the eight years and eight months used by the former Kogi state governor Ibrahim Idris ruled Kogi state was marred by his flagrantly misgoverning the state, looting its treasury with impunity in conjunction with his son-in-law, Capt. Idris Wada and other unscrupulous persons and inflicted untold hardship, misery, poverty, penury and suffering on the helpless people of the state”.

The claimant insisted that Mr. Idris makes “restitution by returning to the Kogi State Government and the people all properties and assets he illegally and corruptly acquired during his tenure of office as Governor of Kogi State for the eight years and eight months”.

The claimant further requested for an order of the court directing “the Defendant to forthwith forfeit and return to the Government of Kogi State, all salaries, allowances, emoluments, travel claims, estacodes, and perquisites of office which he illegally, unlawfully and unconstitutionally collected from the coffers of the Kogi state government“.

The hearing of the case has been adjourned to May 5.

Efforts to reach the media aide to Mr. Idris were futile as his phone was unreachable.