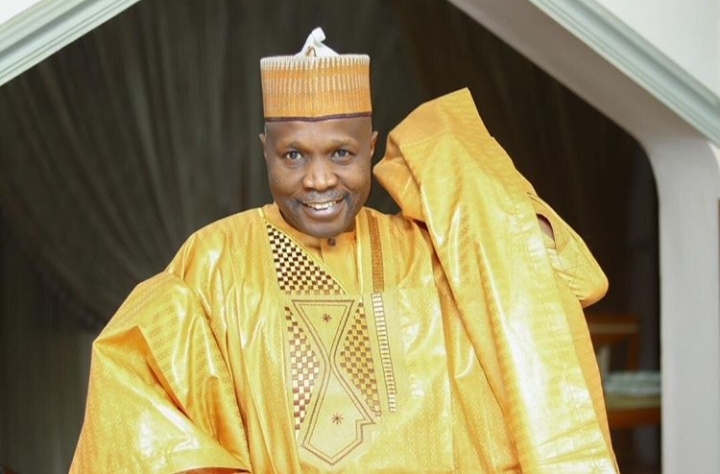 The PDP had urged the court to invalidate Mr Yahaya's candidacy as the All Progressives Congress (APC) governorship flagbearer for the 11 March election.

The Federal High Court in Abuja, on Tuesday, struck out a suit filed by the Peoples Democratic Party (PDP) against the Gombe State governor, Inuwa Yahaya, over his reelection bid.

In the suit, the PDP had prayed to the judge, Binta Nyako, to invalidate Mr Yahaya’s candidacy as the All Progressives Congress (APC) governorship flagbearer for the 11 March election.

Delivering a ruling on the case, Mrs Nyako struck out PDP’s forgery allegation against Mr Yahaya on the grounds that the court lacked jurisdiction to entertain the suit.

But the judge said the plaintiffs could raise the issue at another judicial forum.

The PDP and two of its stalwarts, Muhammed Barde and Timothy Danlele, had filed the suit accusing Mr Yahaya of submitting forged documents to the Independent National Electoral Commission (INEC) in preparation for the governorship poll.

The plaintiffs named INEC, the APC and Mr Yahaya as defendants in the suit.

The plaintiffs’ lawyer, Johnson Usman, a Senior Advocate of Nigeria (SAN), had informed the court that Mr Yahaya lied on oath in his filings submitted to the electoral umpire.

The lawyer contended that the governor was “inconsistent” in the depositions he made on oath.

He said Mr Yahaya should be disqualified from contesting the forthcoming governorship election in Gombe State.

Referencing the constitution and the ElectoralAct, Mr Usman said, “That the 3rd defendant (Mr Yahaya) having submitted forged documents to the 1st defendant in his INEC form EC-9 in 2022 is not qualified to contest the governorship election of Gombe State.”

The plaintiffs’ lawyer had urged the court to compel INEC to remove Mr Yahaya’s name from the list of genuine candidates for the governorship poll.

But, the APC and Mr Yahaya said the suit was incompetent.

The defendants through their lawyer, Marshall Abubakar, urged the court to dismiss the case for lack of jurisdiction.

He contended that the plaintiffs lacked the right to file a suit challenging the nomination of a candidate of another political party.

Mr Abubakar informed the court that the PDP could not prove any cause of action against Mr Yahaya and the APC.

The defendants’ lawyer argued that the plaintiffs’ suit had become statute-barred, having been filed outside of the statutory 14 days after INEC published Mr Yahaya’s name as flagbearer of the APC for the poll.