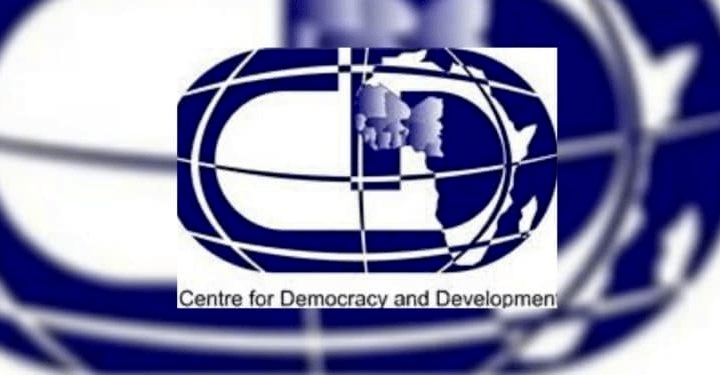 The War Room will be used "for tackling disinformation, misinformation and the activities of bad actors ahead of the 2023 general elections in Nigeria."

A policy think-thank, CDD, has announced the formation of an Election War Room ahead of the 2023 general elections.

According to a statement by the director of the organisation, Idayat Hassan, the War Room will be used “for tackling disinformation, misinformation and the activities of bad actors ahead of the 2023 general elections in Nigeria.”

Nigeria will hold state and federal executive and legislative elections between February and March 2023.

Read the full statement by Ms Hassan below.

CDD unveils War Room for tackling disinformation ahead of 2023 elections

The Centre for Democracy and Development has unveiled an Election War Room for tackling disinformation, misinformation and the activities of bad actors ahead of the 2023 general elections in Nigeria.

Africa’s largest democracy is going into what many hope will be the country’s turning point election. As part of its mandate to help the nation deliver free, fair and credible elections, CDD’s Election War Room will play an important role in making this election free from the narrative influence of bad actors.

On a weekly basis, our team of detailed, vibrant, and tech-savvy youths will publish a brief about our findings within the disinformation and fact-checking ecosystem in Nigeria. This will educate the public on how the ecosystem works and what processes the bad actors use in an attempt to shape election narratives and possible voting patterns. The team already monitors all political players, news organisations, security agencies, fact-checkers, electoral umpire and all other stakeholders.

Our weekly briefs will arm Nigerians with verifiable information on possible points of misinformation and disinformation provide insight into controversial and contentious issues, and prepare citizens for expected waves of disinformation within the political arena.

Why Is This Important?

In the 2019 election, disinformation spread across northern Nigeria claiming a coalition formed by the LGBTQ community in Nigeria had endorsed Atiku Abubakar, candidate of the Peoples Democratic Party (PDP), for president. In the same election year, doctored images were shared across social media alongside claims that Muhammadu Buhari, the candidate of the All Progressives Congress (APC), had died and was replaced by a body double infamously known as Jibril of Sudan. With the benefit of hindsight, both claims were false.

This gives insight into the minds of the peddlers of disinformation. They knew Atiku’s core supporters in the north were not in favour of homosexuality, and the purported endorsement was simply to harm his campaign. The body-double narrative was also to harm the Buhari campaign and distract Nigerians from the key issues surrounding that election.

For the 2023 elections, CDD Election War Room will deal with such disinformation by highlighting seeders and bad actors who begin and drive such narratives across the major social media platforms. The team will also produce prebunks to act as fact shields against misinformation ahead of the elections.

In this War Room, our goal is simple: to make this the most factual elections in Nigeria’s history.