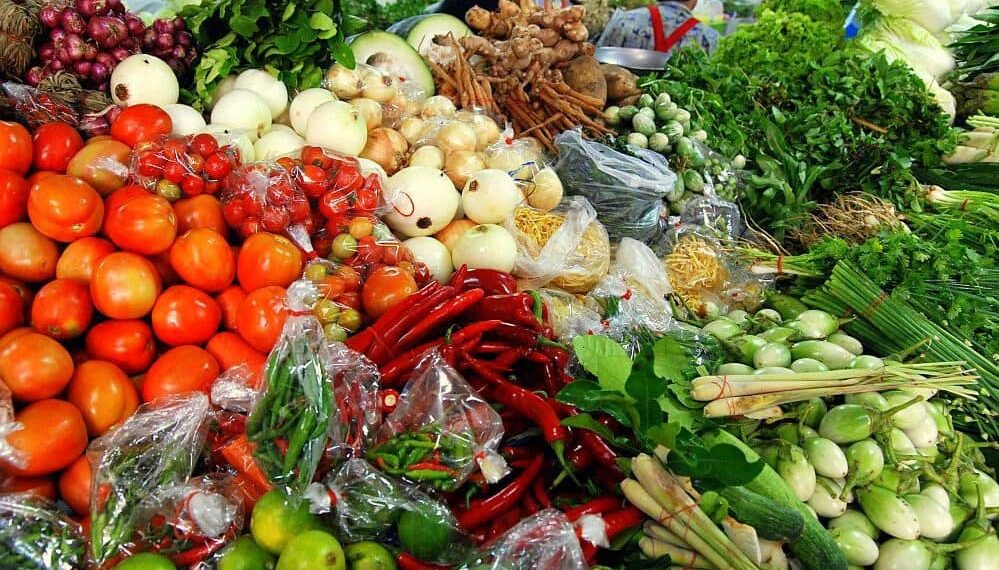 This year’s Christmas, may be a miserable one for many families in Akwa Ibom, and Nigeria in general, going by the continued increase in food prices.

The prices of food items have increased at over 100 per cent rate in Uyo, Akwa Ibom State, about three weeks before Christmas, the highest since the beginning of the year

This is despite the claim of emphasis on Agriculture by the Akwa Ibom State Government.

A PREMIUM TIMES survey of shops and markets in the state capital within the period showed that the price of palm oil, crayfish, carrot, eggs, tomatoes are worst affected by the increase.

For instance, the price of crayfish, a major ingredient in soup making, has almost tripled within the last three months. A four-litre container of crayfish which was sold for N2, 500 in September is now sold for N6, 000, an increase of 140 per cent. The price is higher compared to N4, 500 reported by PREMIUM TIMES a few hours before Christmas last year.

The price of chicken, the most commonly consumed meat in the festive period, has doubled between the last week of November and first week of December.

Namso Udoka, the manager of Gressbee Farms in Abak, Abak Local Government Area, said the increase is caused by rise in the price of poultry feeds, the exchange rate between the naira and dollar, and the cost of transportation.

“Major components of (poultry) feed are imported,” Mr Udoka said. He added that the cost of producing poultry feed in Nigeria has continued to increase.

Mr Udoka told our reporter that prices of all the poultry feeds have increased astronomically within the last three weeks, with many of them not available for purchase.

This year’s Christmas, may be a miserable one for many families in Akwa Ibom, and Nigeria, going by the continued increase in food prices.

Besides crayfish and chicken, the price of carrot, a vegetable rich in vitamin A, used in making salad and stew, has doubled. A kilogramme of carrot which was sold at N500 in October is now N1, 000.

The increase is, however, lower when compared to what was sold – N3,000 – for the same quantity a few hours to last year Christmas, as reported by this newspaper.

The price of palm oil, an ingredient used for cooking, has gone up by 50 per cent within the last three months. Palm oil which was sold for N600 (75cl bottle) in September is now N900.

Otobong KenJoshua, who sells staple food items in Uyo, attributes the increase in price of rice to the devaluation in the value of naira in the forex market.

The price of rice and beans may have reduced within the period, according to our market survey.

Mrs Kenjoshua advised families to stock up beans because the price “would soon rise again”.

The pump price of petrol in Uyo is now N250 in several filing stations. It was N190 in October.

Within Uyo city, commercial drivers are gradually phasing out N50 fare for a short distance trip. Passengers are now paying as much as N100 for the shortest trip within the city. During the first quarter of the year, the fare for such a trip was N30 before it went up N50.

Some commercial bus drivers who spoke with PREMIUM TIMES said they were much bothered about availability of fuel for purchase than the price increase.

“My own is that whether they (petroleum marketers) increase the price or not, let them make the products available to the public,” said a commercial bus driver, Unwana Akpan.

Another commercial bus driver, Ubong Sunday, told our reporter how he spent over five hours at the NNPC retail station in Uyo, waiting to buy petrol, only to be told that it had finished when it got to his turn.

Mr Sunday blamed the hike in cost of transport fare on leaders whom he said were making life unbearable for the poor masses.

Besides transport fare, the costs of printing and photocopying of documents in business centres in Uyo have also increased by 100 per cent.

Glory Umoh, a Point-of-Sale (POS) operator in Uyo, lamented the increase in the cost of paper for the printing of transaction receipts. According to her, the medium size POS printing paper has increased from N1, 200 in June to N2, 500 in the first week of December, an increase of over 100 per cent.

“They (marketers of the POS papers) told us everything has increased,” he said.

Also influenced by the hike in fuel price are the cost of haircut and charging cell phone battery at roadside in Uyo.

The price of haircut, depending on the location of the barbing salon in Uyo, has increased by almost 66.7 per cent.

Anietie Akpan, who owns a barbers shop in Ikot Ekpene Road, Uyo, has jacked up his charges from N300 to N500.

“Anybody who lives in Nigeria would not ask why I increased the price,” he said to our reporter.

The price of charging cell phone batteries by the roadside has increased by 100 per cent. Before now, operators of charging points in Uyo used to charge N50, but they have increased the price to N100.

Speaking to PREMIUM TIMES on Thursday, a resident of Uyo, who was in Itam market to buy food items for his family expressed shock at the sudden increase in prices of some commodities.

Ernest Uche told our reporter that the country leaders have allowed the price of fuel to increase without considering its impact on the people.

There’s one less thing to worry about this Christmas, Thanks to Kalabash!