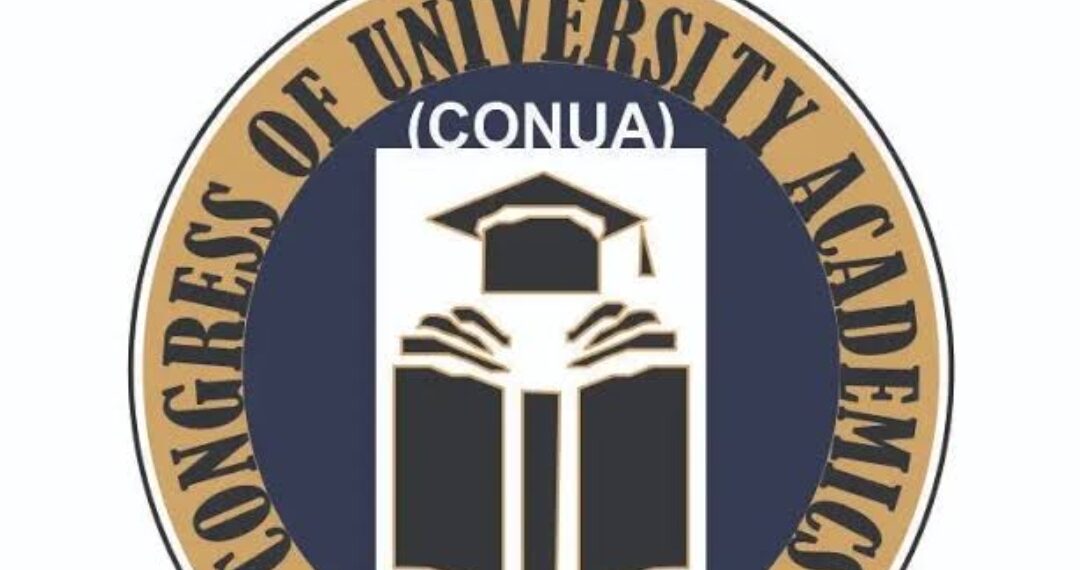 CONUA accused the government of breaching Section 43 (1b) of the Trade Disputes Act CAP. T8, by withholding its members’ salaries.

The Congress of Nigerian University Academics (CONUA) has said it would seek legal redress to compel the Nigerian government to pay its members’ withheld salaries.

The Nigerian government withheld the salaries of all academics for the seven months when CONUA’s counterpart- Academic Staff Union of Universities (ASUU), embarked on strike from February to September.

When ASUU suspended the strike on 14 October, the government paid half the lecturers’ salaries, saying the payment was on a pro-rata basis.

But CONUA consistently distanced itself from the strike, saying its members were not part of the industrial action. But the government refused to pay its members’ salaries like their ASUU counterparts.

However, following the government’s refusal to shift ground, CONUA said it is resorting to seeking legal redress, noting that “…as a law abiding union that pledged to do things differently, we have resolved to seek legal redress of the illegal withholding of our legitimate salaries by taking the matter to court in consonance with the rights enshrined in our laws”.

CONUA said it wrote formally to the Ministry of Labour in April, to inform it that its members were not on strike.

The statement added: “In the letter, we made it clear that because CONUA constituted a separate and independent union in the university system, our members did not call for any strike. This was followed by a press conference in Abuja on August 19, where it was categorically stated that CONUA was not part of any ongoing strike, and that the “No Work No Pay” principle ought not to apply to members of the union”.

CONUA accused the government of breaching Section 43 (1b) of the Trade Disputes Act CAP. T8, by withholding its members’ salaries.

During the presentation of certificate of registration to CONUA the Minister of Labour and Employment, Chris Ngige, reportedly told CONUA leadership that the union members would be exempted from the No Work, No Pay policy if they could prove that they worked throughout the period of the ASUU strike.

He said the process would follow the same one initiated for the payment of lecturers in the colleges of health sciences in Usmanu Danfodiyo University, and the University of Maiduguri, among others.

The process, according to Mr Ngige, involves CONUA writing to their various vice-chancellors to write to the labour ministry confirming that the lecturers have worked for the period.

When that is done, he said, the labour ministry would verify and forward the details of the members to the ministry of finance for payment of their entitlements.

Meanwhile, CONUA said it wrote to the office of the Accountant-General of the Federation and the Ministry of Labour and Employment reminding them that it was an error “to lump our members with those that declared and embarked on strike action.”

“It was yet another shock for the outstanding backlog of salaries not to have been paid to our members along with the November salary,” CONUA said.

Qosim Suleiman is a reporter at Premium Times in partnership with Report for the World, which matches local newsrooms with talented emerging journalists to report on 1-covered issues around the globe.