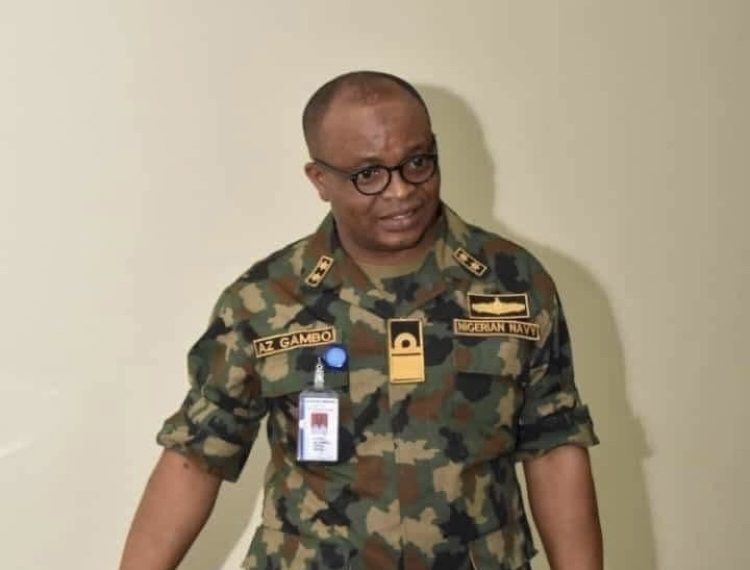 A statement signed by Navy’s Director of Information, Ayo Vaughan, said its attention was drawn to a publication in a national daily of 4 December with the heading, ‘NNPC Not Sincere about Oil Theft, Exaggerating Figures-Navy’.

The report had claimed that the Navy while appearing at the Senate Committee on the Economic and Financial Crimes, stated that the NNPC had deliberately continued to mislead Nigerians on the issue of crude oil theft.

In its reaction, the Navy claimed that what transpired at a recent interactive hearing before the Senate Committee on Economic and Financial Crimes was completely misconstrued by the newspaper.

The statement claimed that the Nigerian Navy’s representative at the hearing explained that the challenge of oil theft is due to the criminal activity of illegal local refiners who tap into the export lines many of which have not been in operation since early this year.

The statement said the major terminals have not been able to process crude oil for export since around February and March, and such inability to process as export is reported as stolen oil since it is practically impossible to steal and move 100,000 barrels per day out of the creeks.

Mr Ayo-Vaughan explained that on the contrary, the Navy was working closely with the national oil company to arrest and prosecute oil thieves and pipeline vandals, who have fractured the crude production process.

“The Navy representative at the Senate hearing repeatedly mentioned that the Navy is not indicting the NNPCL in any way and has been working with the National Oil Giant to curb the menace of crude oil theft since 1 April 2022 when Operation DAKATAR DA BARAWO (OPDDB) was launched in Onne, Rivers State as a mutual effort and synergy between the Navy and NNPCL to address issues of crude oil theft, rampant illegal artisan refineries and illegal oil bunkering amongst other criminalities in the creeks,” the statement said.

“At the strategic level, almost daily and regular consultations, engagements and meetings are held between the Navy and NNPCL to review the situation, appraise the approach to curb the menace and proffer ways forward. Pertinently, to attempt to imply otherwise will be a gross misrepresentation of the cordial and mutual working relationship between the 2 organizations.”

Mr Ayo-Vaughan said that allegation of insincerity and exaggeration by NNPCL as reported in the news “is not, therefore, a fair wording of the actual discourse that transpired because what was said and what was meant was inaccurately captured particularly in the wording of the heading of the report.”

He added that the Nigerian Navy has been and will continue to work with NNCPL to fashion out solutions and remedies to the challenges in Nigeria’s maritime environment as they relate to the oil industry.

“Foremost of these mutual efforts is the planned return of the ‘Fisicalisation’ process, which was stopped in the late 1980s, whereby personnel of the Navy as at then, will now again be present at offshore oil loading terminals/platforms to physically sight the meter reading at the point of loading of crude oil to tankers at sea,” he said.

‘The first set of naval personnel to soon commence this task were sponsored by NNPCL and trained in the UAE and at Uyo, Akwa-Ibom State.

“There is thus a harmonious working relationship between the Nigerian Navy and NNPCL. The general public is thus requested to disregard the misrepresented report.”