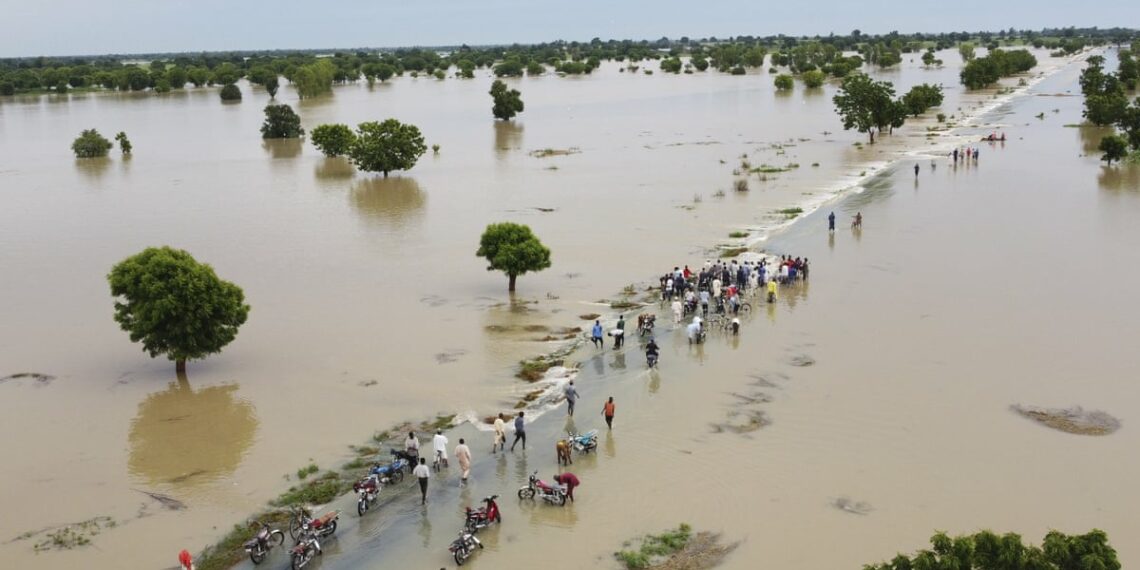 SERAP is asking the court to “direct and compel President Buhari to promptly and thoroughly investigate the spending of Ecological Fund by governments at the Federal, state and local government levels from 2001 to date.”

The Socio-Economic Rights and Accountability Project (SERAP) has filed a lawsuit against President Muhammadu Buhari over “the failure to probe the spending of trillions of ecological funds by governments at all levels—federal, state and local governments from 2001 to date, and to ensure the prosecution of suspected perpetrators of corruption and mismanagement of public funds.”

The United Nations Children’s Fund (UNICEF) recently said that no fewer than 600 persons died and 1.3 million were rendered homeless as a result of the floods that ravaged most states across the country, with the destruction of properties worth billions.

In the suit number FHC/L/CS/2283/2022 filed last Friday at the Federal High Court, Lagos, SERAP is asking the court to “direct and compel President Buhari to promptly and thoroughly investigate the spending of Ecological Fund by governments at the Federal, state and local government levels from 2001 to date.”

SERAP is also asking the court to “direct and compel President Buhari to ensure that suspected perpetrators of corruption and mismanagement of trillions of ecological funds are promptly brought to justice, and any missing public funds fully recovered.”

In the suit, SERAP is arguing that “the failure to probe the alleged missing trillions, prosecute suspected perpetrators and recover any missing public funds is a fundamental breach of constitutional and international legal obligations.”

SERAP is also arguing that “impunity for corruption in the management of Ecological Fund will continue as long as high-ranking public officials go largely unpunished for their alleged crimes.”

According to SERAP, “It is in the public interest to direct and compel President Buhari to probe these allegations so that evidence can be taken before the court and the truth about the spending of ecological funds revealed, and justice served.”

SERAP is also arguing that “the Federal Government has violated the obligations to protect and uphold the human rights of those affected, and to provide them with access to justice and effective remedies.”

The suit filed on behalf of SERAP by its lawyer Kolawole Oluwadare read in part: “the Federal Government has the legal obligations to address the calamitous consequences of flooding for the human rights of millions of people, and to prevent and address the consequences that climate change may reap on human rights.”

“According to the audit of the Ecological Fund Office carried out by the Nigeria Extractive Industries Transparency Initiative, (NEITI), the total amount received by the fund from December 2011 to November 2016 alone was N277 billion.”

“The operations of the Fund from 2012 to 2016 reportedly showed that some of the disbursements were not utilised for the purpose for which it was established. During these periods, N74,170,932,645.20 was released to State Governments to solve ecological problems in their States.”

“Although ecological funds are shared across the three tiers of government, and emergency management agencies, the funds are managed and supervised by the Federal Government.”

“The Federal Government has the legal obligations to prevent and address the threats to human rights that result from climate change, and to provide access to justice and effective remedies for victims when these rights are violated.”

“The Federal Government has a positive obligation to protect individuals against the threat posed to human rights by climate change, regardless of the causes, and to effectively address the aftermath of the flooding such as deterioration in health, diminishing access to safe drinking water and susceptibility to disease.”

“Climate change also has the potential to exacerbate existing threats to human rights in the country. Rising global temperatures will jeopardise many people’s livelihoods, increasing their vulnerability to poverty and social deprivation.”

“Many years of allegations of corruption and mismanagement in the spending of Ecological Fund and entrenched impunity of perpetrators have undermined the ability of governments at all levels and emergency management agencies to prevent the impact of flooding on the human rights vulnerable Nigerians.”

“Allegations of corruption and mismanagement have undermined the ability of authorities at all levels to invest in drainage systems, and to tackle soil erosion and climate change challenges across several parts of the country.”

“The funds released for ecological projects are characterised by mismanagement, diversion of funds, substandard and abandoned projects fully paid for. Ecological funds have also been allegedly spent for other purposes such as election campaigns and political patronage.”

“Prevention of corruption in the spending of the Ecological Fund, and preventing and addressing the challenges caused by climate change are serious and legitimate public interests.”

“There is a legitimate public interest in ensuring justice and accountability for alleged corruption and mismanagement in the management of the Ecological Fund.”

“Nigerians have the right to know how the public funds budgeted to address ecological challenges are spent. Publishing the details of allocations of the Ecological Fund since 2001 would promote transparency, accountability, and reduce the risks of corruption in the spending of the funds.”