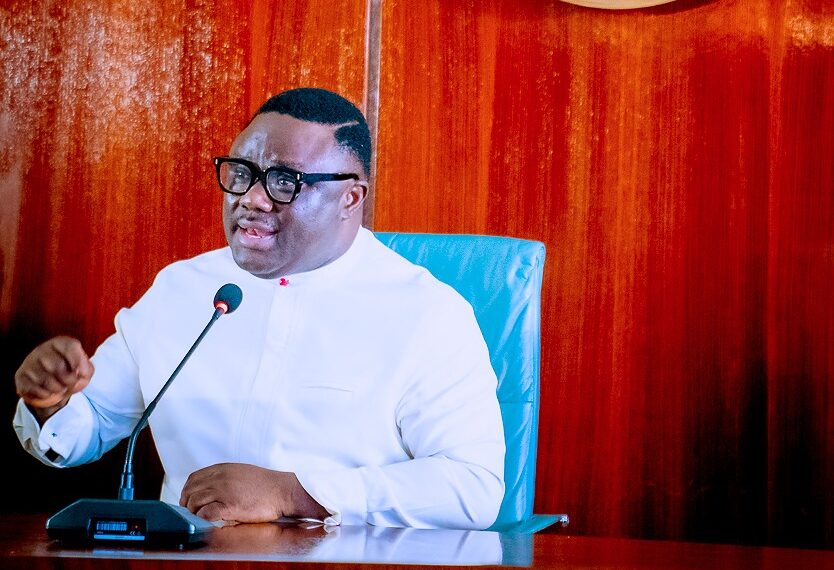 A Federal High Court in Abuja on Wednesday, dismissed a suit challenging the nomination of Cross River State Governor, Ben Ayade as the senatorial candidate of the All Progressives Congress (APC) for Cross River North District.

The judge, Evelyn Maha, dismissed the suit for lack of locus standi.

The case was instituted by Cecilia Adams, an aspirant in the 28 May senatorial primary conducted by the APC in the state.

Joined in the suit with Mr Ayade as co-defendants were the APC, Independent National Electoral Commission (INEC) and Martins Orim, an aspirant who withdrew after winning the 28 May primary, paving the way for a rerun.

Mr Ayade emerged winner at the rerun primary conducted on 14 July, an election he contested unopposed.

Dissatisfied with Mr Ayade’s emergence as a candidate, Mrs Adams asked the court to order INEC to recognise, accept and publish her name as the APC candidate for the district.

She had also prayed the court to order the APC to conduct another primary to be participated by only those who contested the first primary held on 28 May.

Delivering judgement in the case, Justice Maha held that Mrs Adams, having not participated in the 14 July rerun primary which Mr Ayade won, lacked the locus standi to have instituted the case.

Justice Maha further ruled that Mrs Adams failed to establish that Mr Ayade was not properly nominated by his party or that any of the provisions of the 1999 Constitution, the Electoral Act, INEC Guidelines, or the Constitution of APC, had in any way been breached by the APC or Mr Ayade in his emergence as the APC candidate.

Mr Ayade was elected as governor of the state under the Peoples Democratic Party (PDP) but later defected to the ruling APC, a platform where he contested the presidential primary but lost to Bola Tinubu, a former governor of Lagos State.

Mr Tinubu polled 1,271 votes to emerge the APC presidential candidate, while Mr Ayade had 37 votes. There were 54 accredited delegates from Cross River for the presidential primary.

Mr Ayade, after losing the presidential primary returned to contest the rerun primary for the senatorial election following the voluntary withdrawal of Mr Orim who won the first primary.

Governor Ayade said he was under pressure from his people to contest for Senate after losing the presidential primary held at Abuja on 8 June.