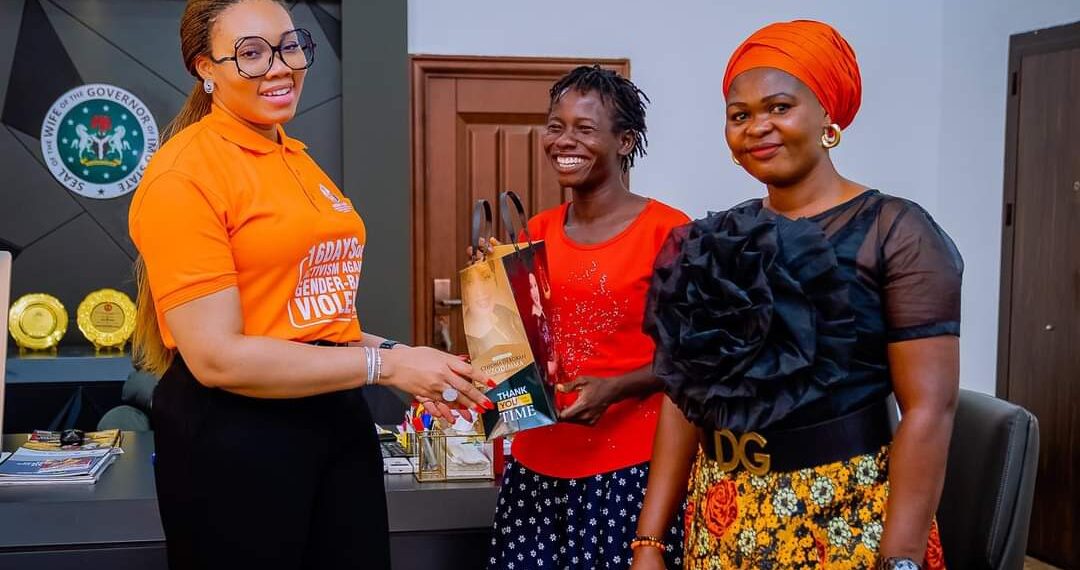 First Lady of Imo State fulfilled her promise to support Ms Eleanya after the death of her mother in IPOB-government war.

The First Lady, Imo State, Chioma Uzodimma, has given the sum of N250,000 to Ugomma Eleanya, a victim of the battle between the Indigenous People of Biafra (IPOB) and Nigeria’s security forces.

A PREMIUM TIMES’ special report in September 2022 had detailed how Ugomma’s mother, Gladys was gunned down on 24 May 2021, during the crossfire between Nigerian security operatives and members of the secessionist group operating in Nigeria’s South-east state of Imo.

Outrage from civil society groups forced the state government to respond to the death of Mrs Eleanya as Mrs Uzodimma, invited the deceased’s daughter to the Government House to sympathise with her and assured her she would support her business.

At the time, the governor’s wife was yet to keep her promise despite constant follow-ups from Ugomma.

But on November 25, two months after PREMIUM TIMES’ publication, the first Lady of Imo State invited Ms Eleanya to the state government house to fulfill her promise which was made known via a Facebook post on Monday.

Ugomma confirmed to PREMIUM TIMES via telephone that she received N250,000 from Mrs Uzodimma and informed that she would use the money to improve the business her late mother started.