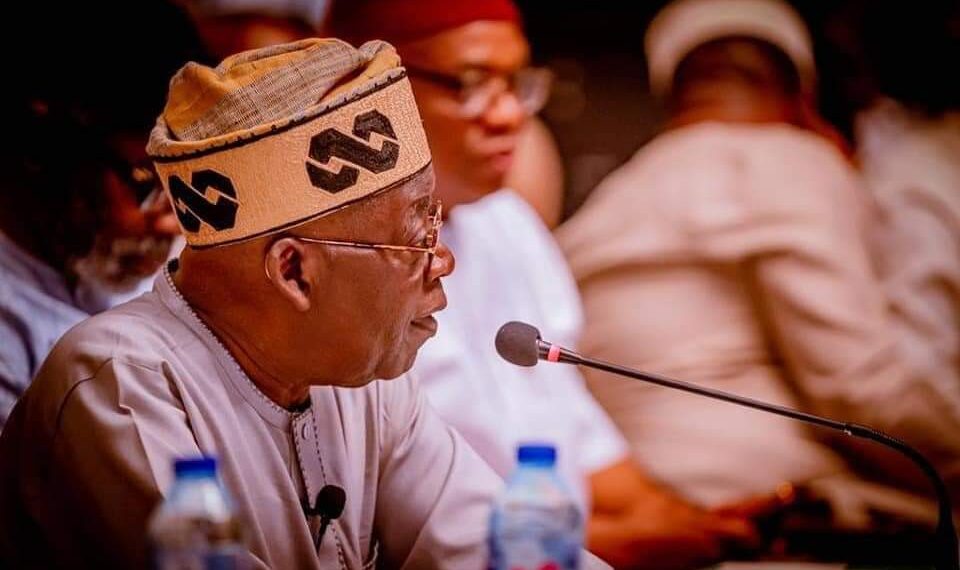 Tinubu in a meeting with CAN in Abuja

“This misinformation campaign, according to field reports, is being given some traction by some elders on the payroll of the PDP.”

The All Progressives Congress (APC) says its presidential candidate, Bola Tinubu, has no plans to relocate the federal capital from Abuja back to Lagos, as being speculated by some opposition parties.

The Director, Media and Publicity, APC Presidential Campaign Council (PCC), Bayo Onanuga, said this in a statement on Tuesday in Abuja.

The Federal Capital Territory also known as Abuja was created in 1976 by the administration of the late Head of State, Murtala Muhammed. But the federal government fully relocated to the new capital in 1991 during the military administration of President Ibrahim Babangida.

“The APC PCC hereby alerts Nigerians about the latest insidious campaign in some parts of the country against our candidate, Asiwaju Bola Tinubu.

“After exhausting their arsenal of calumnies and character assassination against Tinubu, the opposition Peoples Democratic Party (PDP) and their surrogate Labour Party have begun a multi-pronged desperate campaign of falsehoods.

“In one of the falsehoods being circulated, especially in the North-West of the country, Tinubu is said to harbour plans to relocate the FCT from Abuja to Lagos on succeeding President Buhari from May 29, 2023.

“This misinformation campaign, according to field reports, is being given some traction by some elders on the payroll of the PDP, “ Mr Onanuga said.

He said the APC was shocked that some people could contrive such lies in the name of politics, with the intention to confuse the party`s support base in that part of the country.

He said Mr Tinubu had not contemplated such a plan and would not do anything that was so ultra-unconstitutional.

“The same purveyors of falsehood have also been distorting the commercialisation of the Nigerian National Petroleum Company Limited by the President Buhari-led APC government,” he said.

Mr Onanuga said the truth was that Mr Buhari had not privatised NNPC as planned by the PDP presidential candidate, Atiku Abubakar.

He added that the president had instead made the company a commercial entity, owned by all the tiers of government in line with the Petroleum Industry Act.

“In due course, the company will be in a position to declare and share dividends to all its owners, the way Aramco of Saudi Arabia and Petrobas of Brazil do.

“As the destined successor of President Buhari, Asiwaju Tinubu will continue the policy of the Buhari administration. Unlike Atiku, Tinubu has no plan to sell NNPC to his friends or cronies,’’ he said.