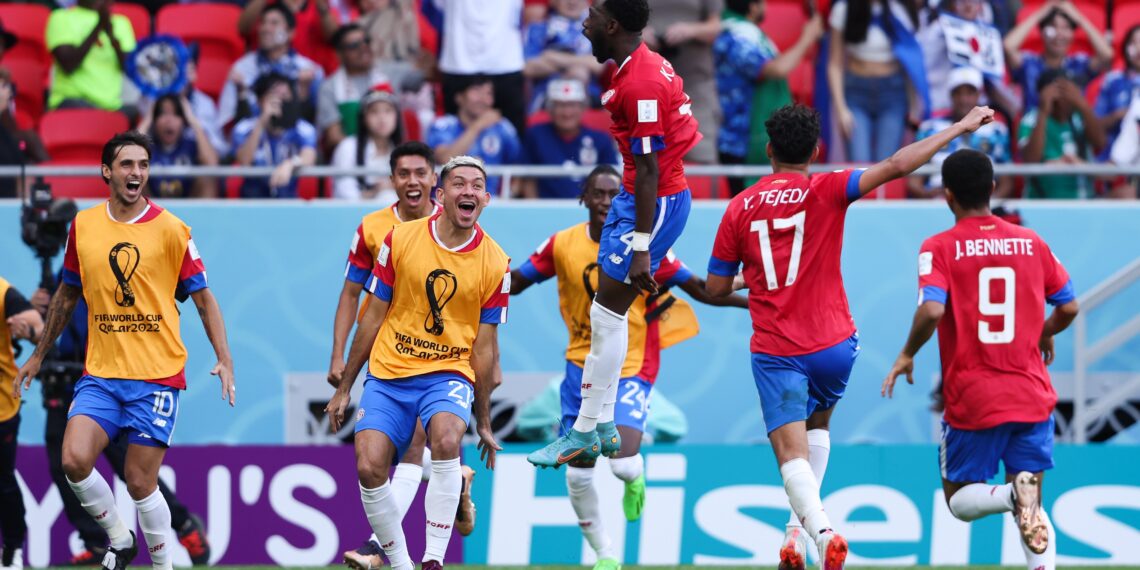 Japan will face Spain while Costa Rica will be up against Germany in their final group game.

Costa Rica have reignited their slim hopes at the ongoing World Cup in Qatar as they battled to a lone-goal victory over Japan in their second group game on Sunday.

The Blue Samurai as Japan are fondly called would have picked a Round of 16 ticket if they had followed up with another win after they stunned Germany in their group opener but they were denied early qualification by the Costa Ricans.

Japan, who have never won back-to-back games in the World Cup since 2002 had a chance to rewrite its history in a fashionable way that could have seen the Asian Country becoming the second country after France to seal their berth in the knock-out phase.

But the effort to earn such accolades went down the drain after Keysher Fuller’s 81st-minute strike which was also Costa Rica’s first shot on target.

Although Japan dominated most parts of the game, their inability to convert their chances in the third half of Costa Rica cost them.

After a barren and boring draw in the first half, both sides began to test their fists in the second half.

Japan were the first to create a breath-taking moment a minute into the second half at the Ahmed Bin Ali Stadium as substitute Asano Takumo stretched Kaylor Navas whose fingertip parried it to a corner for the game’s first shot on target and save respectively.

Navas, however, saved the resulting attempt on goal from the corner from Asano’s header two minutes later.

Costa Rica then broke the deadlock in the 81st minute which was exactly 35 minutes after the first shot on target in the match was recorded by the Japanese.

The Tricolor’s defender, Kelvin Fuller, received a pass from Yetsin Tejeda and then curled past Shuichi Gonda for Costa Rica’s first victory in the competition.

Two minutes into the stoppage time, substitute Kaoru Mitoma was close to getting Japan an equaliser but the defender’s effort was stopped by Kaylor Navas.

Japan will face Spain while Costa Rica will be up against Germany in their final group game.