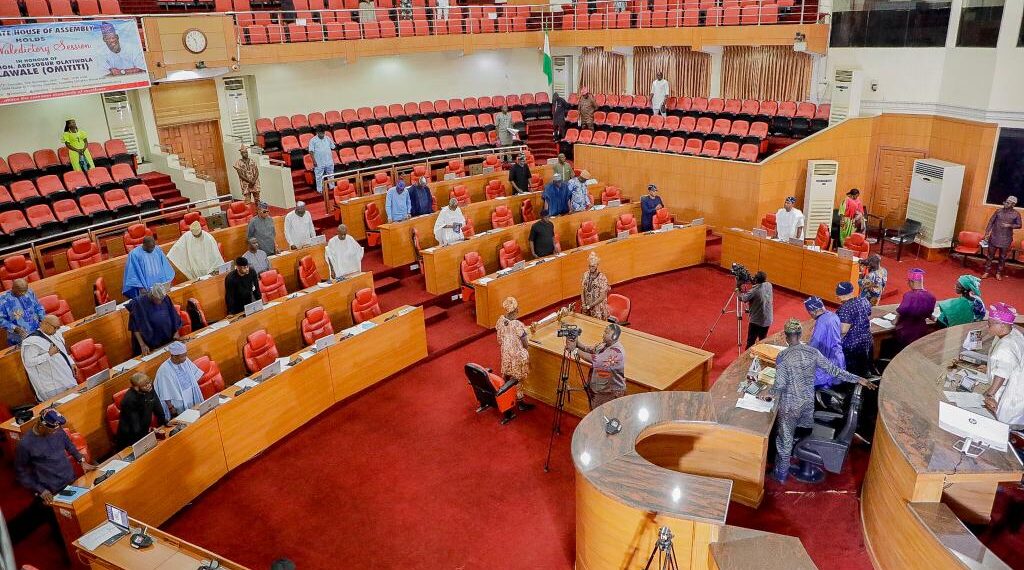 Lagos lawmakers described their deceased colleague as a jovial and straightforward person.

It was a solemn occasiont at the Lagos State House of Assembly on Thursday as lawmakers held a valedictory session for their late colleague, Abdulsobur ‘Omititi’ Olawale.

Mr Olawale, who represented the Mushin Constituency 2 in the Assembly, died on 15 November.

Information on the ceremony is contained in a statement by Eromosele Ebhomele, the Chief Press Secretary to the speaker of the Assembly.

Before performing the ceremonial removal of Mr Olawale’s name tag from his seat, the lawmakers, who held a minute silence in honour of the deceased, also urged the state governor, Babajide Sanwo-Olu, to assist two children of the deceased with a job and scholarship for the one who is still in school.

Raising the lawmaker’s demise in a motion, Majority Leader of the House, Sanai Agunbiade, described the deceased as an angel who did not show his identity.

“At a time just before our trip to Jos, I had a headache and he showed a lot of care,” he was quoted as saying.

“He even told someone that he would be in Lagos before dawn. We got to Jos together, had our activity. He did not show any sign of illness.”

Victor Akande, a lawmaker representing Ojo constituency 1, recalled how the deceased joined him and the others at the airport before the trip.

“I was the one that called Omititi, that it was time for us to go to the airport. I was with Hon. Jude Idimogu. He immediately asked me if I had taken my drugs and even showed me where to get water. He even helped one of us to get his boarding pass,” Mr Akande said.

The lawmaker also denied a report that the deceased owed a local government chairman.

“He was a real friend. We were together in Jos, till I told him I was going to use the restroom. He was even telling someone to come and meet him in the office the next day,” he added.

The lawmaker representing Shomolu Constituency 1, Rotimi Olowo, described his late colleague as one who loved his family.

“His parents died early, but he persevered and went to school. He was preparing for his daughter’s wedding and inside the plane when we heard of the death of Iya Oniyan, (APC chieftain who died recently) he promised to visit her home when he returned not knowing that he too was left with a few hours,” he said.

“We must learn not to hide things from our wives. If you have money and your family does not know, strangers would feast on it when you’re gone. Let’s learn to love like Olawale did.

Another member of the house, Kehinde Joseph said that he and the late lawmaker were both planning for the wedding of the latter’s daughter.

“We played football on Friday, we were at the retreat on Saturday to Monday and he died on Tuesday,” he said.

“He was never an angry person. There was nothing he could not give for love. If you look at his death, you would want to ask what the essence of our toiling is.”

Nureni Akinsanya, another member of the House, recalled the bond he shared with the deceased.

“I stand here in sadness because while I represent Mushin 1, Omititi represented Mushin 2 and we were close. He was very accountable.”

In his remarks, Richard Kasunmu, another lawmaker representing the Ikeja constituency said the night before Olawale’s death, “We played and joked till 12 midnight and I even tapped him and told him I was going to sleep. I greeted him goodnight, not knowing that would be the final from me. He was a brother. He would call me everyday to check on me.”

Temitope Adewale, described the late lawmaker as one who was patient and never had time for quarrels.