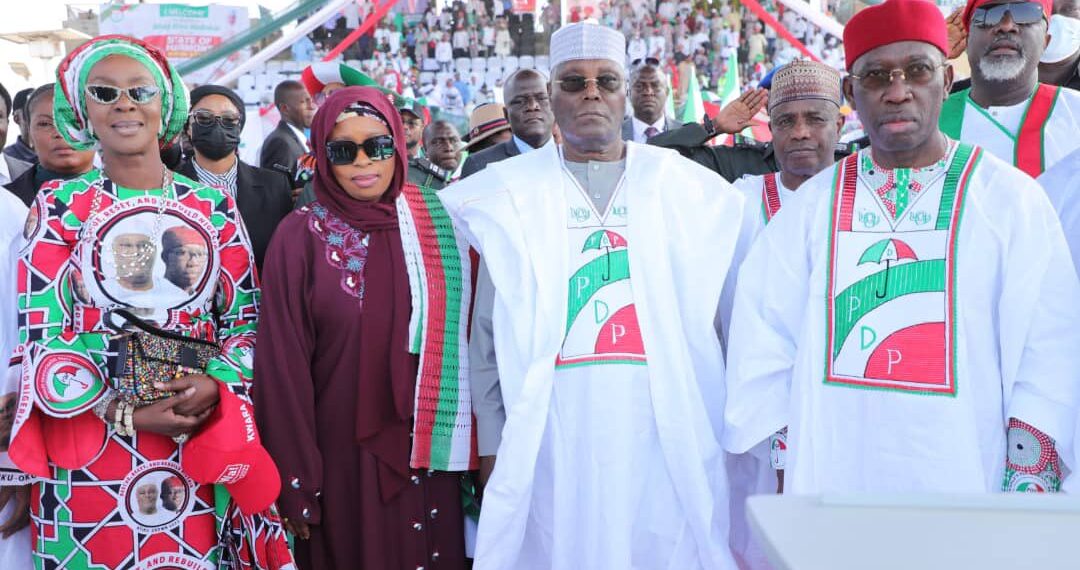 The former Vice President said the Fund would be used to create employment opportunities for women and the youths.

The presidential candidate of the Peoples Democratic Party, Atiku Abubakar, has said that if elected, his administration will set aside $10 billion to create employment and boost small and medium scale enterprises.

He said the fund will also help to drive employment for the youths and women in the country.

The former Vice President also blamed the ruling All Progressives Congress the insecurity in the country.

He said the Buhari administration has failed Nigerians in the area of security and infrastructural development.

Lamenting the infrastructural decay in the country, Atiku said Kwara State connects north to the south but has bad roads all over.

Meanwhile, the chairman of the PDP, Iyiorcha Ayu, said “The PDP is one big united family, we are on our way back to victory. PDP has come back to rescue Nigeria and put it back on development track to rescue all families.”

“Don’t allow anyone to deceive, we are hungrier than we were in 2015. Bring out your voters card, come out en masse and vote all PDP candidates especially Atiku in the general election,” he said

Governor Aminu Tambuwal in his remarks thanked the Kwara PDP for a warm welcome and urged the people to vote massively for Atiku in next year’s election.