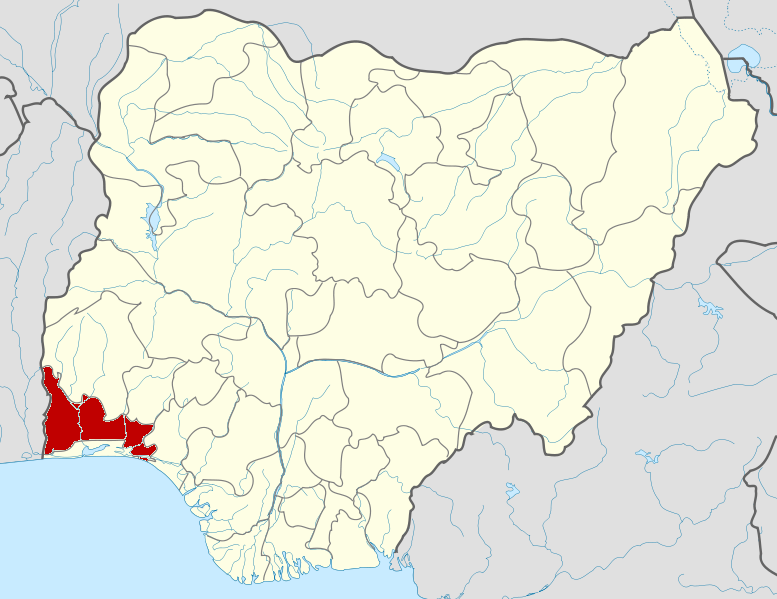 Ogun communities bicker over road under construction by government

Iboro and Imasayi communities are in dispute over the naming of Igani Okoto-Ayetoro road being constructed by the Ogun State government.

The Aboro of Iboro, Abayomi Salako, has threatened to sue the Olu of Imasayi, Luqmon Kuoye, and his people over the naming of a road under constructiin by the Ogun State government.

The two communitites are neighbours in Yewa North Local Government Area of the state.

But Mr Salako said the Imasayi indigenes are his tenants as the land they settled on was given to them by the ancestors of his Iboro people.

A few days ago, the Iboro community was left agitated after Mr Kuoye and his chiefs claimed at a press conference that the Igani Okoto-Ayetoro road, which is under construction by the state government, is in Imasayi territory.

PREMIUM TIMES gathered that some residents had in 2021 attacked Iboro people who went to Imasayi to perform traditional rites on the disputed land.

While addressing journalists on the matter on Wednesday, Mr Salako said there should have been no dispute over the land because “the records are there for everybody to see unless you want to be partial.”

He continued: “Imasayi does not have a single plot of land on that road, so I am wondering how could the road be named Imasayi-Ayetoro road?

“There have been series of violence between Iboro and Imasayi and I told their monarch that I will not condone violence; anybody that fights will be reprimanded and that is my own point. There is no reason for it (violence). The government is there to look into it.

“Let the government come into the matter, if we disagree, then we go to court. There is no need for fighting, I don’t believe in that,” he said.

In his message to Mr Kuoye, whom he described as his brother, Mr Salako advised his colleague traditional ruler to seek knowledge about the disputed land from elders in his community.

“If they have any single plot in that place, let them come out with the proof, I will relinquish the land to them. I don’t fight for whatever that doesn’t belong to me, but he himself knows,” the Aboro said.

Also speaking, the Chairman of Iboro Central Working Committee, Kolajo Owolabi, expressed surprise that the Olu of Imasayi was laying claim to the road being constructed.

Mr Owolabi said the Iboro Public Health Clinic is situated by the then Egbado Divisional Council, directly opposite the road in question.

“The original boundary attesting to the fact that Imasayi people are customary tenants on Iboro land is between Iboro and Ibese at Iniya River along Abeokuta/ Ilaro road, about six kilometres away from the reconstructed Iboro/Ayetoro road.

“It is irrational, irritating and provocative to now lay claims to portions of land owned by your customary landlord and which of course was never allocated to any of your forebears.”

When our reporter visited the disputed road boundary, a signpost erected by the state government described the road as Imaseyi/Ayetoro road, against the claim by the Aboro that the road is called Igani Okoto-Ayetoro road.

When asked about the conflict in the naming of the road, Mr Owolabi said, “Our investigations revealed that one Engineer Deinde Falana, an indigene of Imasayi who worked in the Ogun State Ministry of Works, perpetrated the act of change of name of the road in question to Imasayi/Ayetoro road, during the administration of Col. Akintonde.”

Mr Akintonde was a military administrator of Ogun State under the General Sani Abacha junta.

Calling for peaceful resolution of the dispute, the Iboro community leader urged the state government to wade into the boundary issue quickly and “resolve it with honesty and sincerity, devoid of any political manipulation.”

Contacted, the Olu of Imasayi said the road has been known as Imasayi-Ayetoro road from time immemorial, adding that reporters from the state government usually visit him for comments on the level of work done.

“From time immemorial, it is crystal clear that that road is Imasayi-Igan Okoto-Ayetoro road. They have played a lot of politics, requesting that the name, Imasayi should be removed, but government said that’s what is in the document in the state archive.

“I am not the person that erected the signpost there, if they have any issue on that the appropriate authority should be contacted,” Mr Kuoye said.