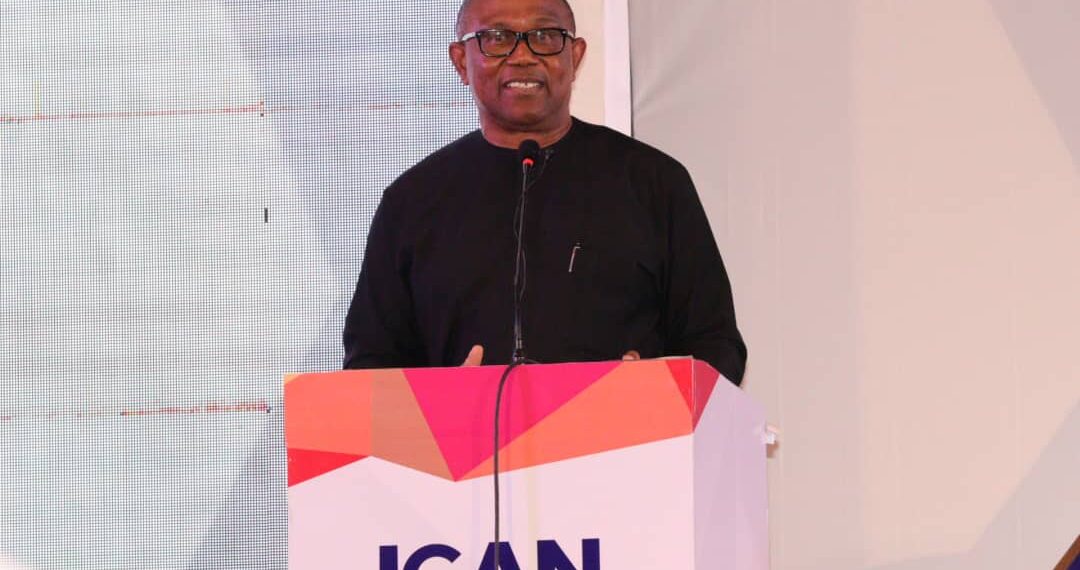 The Afenifere says Peter Obi should be the next president because the Igbo are the only major ethnic group yet to occupy the presidency since the return of democracy.

The leader of Afenifere, Ayo Adebanjo, says the support of the Yoruba socio-political organisation for the presidential candidate of Labour Party, Peter Obi, is a support for all Nigerians.

Mr Adebanjo said this on Wednesday at a rally Mr Obi held in Ibadan, the Oyo State capital.

Afenifere had said its endorsement of Mr Obi followed the decision of some socio-cultural organisations in the country. It said the Labour Party candidate should be the next president because the Igbo are the only major ethnic group yet to occupy the presidency since the return of democracy under the Fourth Republic.

Speaking at the rally held at Adamasingba Stadium in the ancient city and former capital of the defunct Western Region, Mr Adebanjo appealed to Nigerians not to allow tribal sentiments influence their vote in the 2023 presidential election.

“To those saying this one is Igbo, that one is Yoruba, the talk of the president in Nigeria is not a talk of the Igbo or Yoruba but the talk of entire Nigeria,” Mr Adebanjo said.

“We cannot continue to demand that the Igbo people remain in Nigeria while we, at the same time, continue to brutally marginalise and exclude them from the power dynamics.

“Peter Obi is the person of Igbo extraction that Afenifere has decided to support and back; he is the man we trust to restructure the country back to federalism on the assumption of office.

“We will not compromise this principle of justice, equity and inclusiveness because one of our own, Asiwaju Bola Tinubu, is a frontline candidate. It is on this same principle we condemn the Peoples Democratic Party for sponsoring Atiku Abubakar, a Northern Fulani Muslim to succeed General Muhammadu Buhari another Fulani Muslim,” he said.