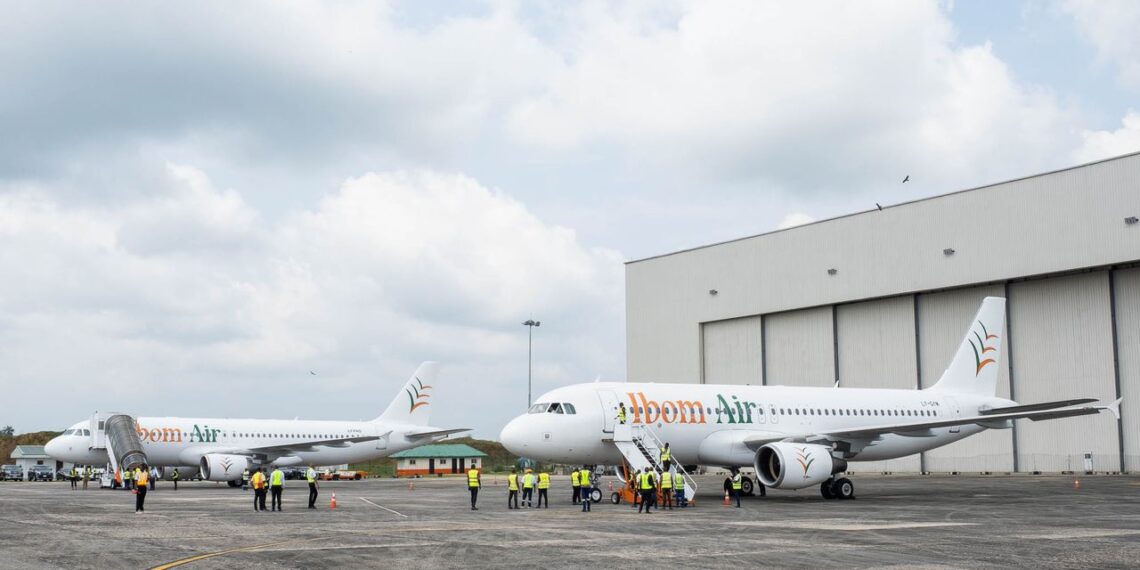 Governor Udom Emmanuel of Akwa Ibom State received two additional A320-200 Airbus aircraft on lease from a European company on Tuesday in Uyo for Ibom Air, a commercial airline owned by the Akwa Ibom State Government.

Mr Emmanuel said Akwa Ibom was at the verge of inaugurating a world class terminal building and a Maintenance Repair and Overhaul (MRO) facility at the Uyo Airport.

“Our terminal building is world class in Africa. Our MRO is world class. If you find one today in the entire Gulf of Guinea, tell me I will break down this one and construct another.

“I invest in areas we can have returns on our investments. Airbus is on us to come and use our MRO for all their regional flights.

“We are going to open up this place from January next year for commercial activities and we are going to earn in dollars,” Mr Emmanuel said.

The Edo State Governor, Godwin Obaseki, who was the special guest at the event, applauded Mr Emmanuel for his significant strides in the aviation sector.

Mr Obaseki said Akwa Ibom is a flagship state in the country for its efforts at investing and expanding the aviation sector.

Mr Udom said the new addition to the fleet of Ibom Air would expand its carrying capacity and boost employment opportunities in the state by 40 per cent.

“With this new capacity coming on board, we are delighted to inform our passengers that we have increased our offerings, providing more frequencies for their convenience.

The two Airbus A320-200 aircraft were taken on a wet-lease agreement from GetJet Airlines UAB, a European aircraft leasing company, for the duration of one year.

The airline now has nine aircraft in its fleet.

Naira redesign and value: What CBN must do urgently, By ‘Tope Fasua