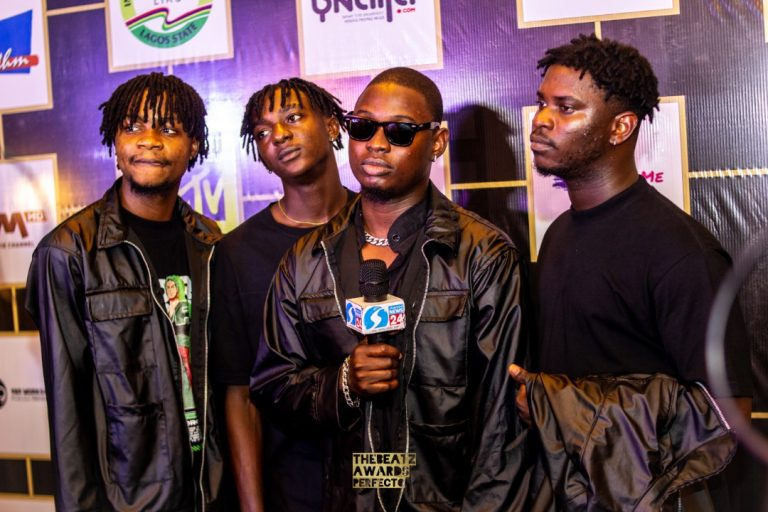 It was all glitz and glamour at the seventh edition of the Beatz Awards, held at Muson Centre in Lagos on Saturday, where Davido, DJ Lambo, Cohbams Asuquo and others won awards in different categories.

Disc jokey Olawunmi Okerayi, known as DJ Lambo, of Chocolate City, won the female Dj of the year for the second consecutive year, while Blaise Beat won the producer of the year.

The award for Afro Gospel Producer of the year went to Lagos Born drummer and multi-instrumentalist of Rox Nation, Samuel Giveson, known as SMJ.

The awards for Best Blog of the year went to Bella Naija, a lifestyle, entertainment and fashion website in Africa founded by Uche Eze, while Pedroa Bandhit won the Best Life band award.

Earlier, the Chief Executive Officer of the Beatz Awards, Elijah John, said it was to recognise and celebrate outstanding achievements of the creative minds behind music production, business, and distribution.

John, who applauded sponsors for believing in Beats Awards, said it is a Nigerian music award show first introduced on 15 November 2015.

“We need to recognise the talents behind the stars; these people make these things happen.

“We want to educate the people about how rich the industry is and how they can tap into the potential, even though they are behind the scene,” John said.

Asuquo, who was honoured with Life Time Achievement Award said, “when you start getting this recognition, it simply reminds you that you are getting old.

“I am grateful; I dedicate this award to everyone on my team for their years of unflinching dedication,” he said.

NAN also reports that guests were entertained with superlative performances from various music artists including comedian Kenny Blaq, who mounted the stage and thrilled the audience with his melodious tunes.

Ayinla Omowura and Ayinde Barrister: Vocalising the duel in Philadelphia, By Festus Adedayo