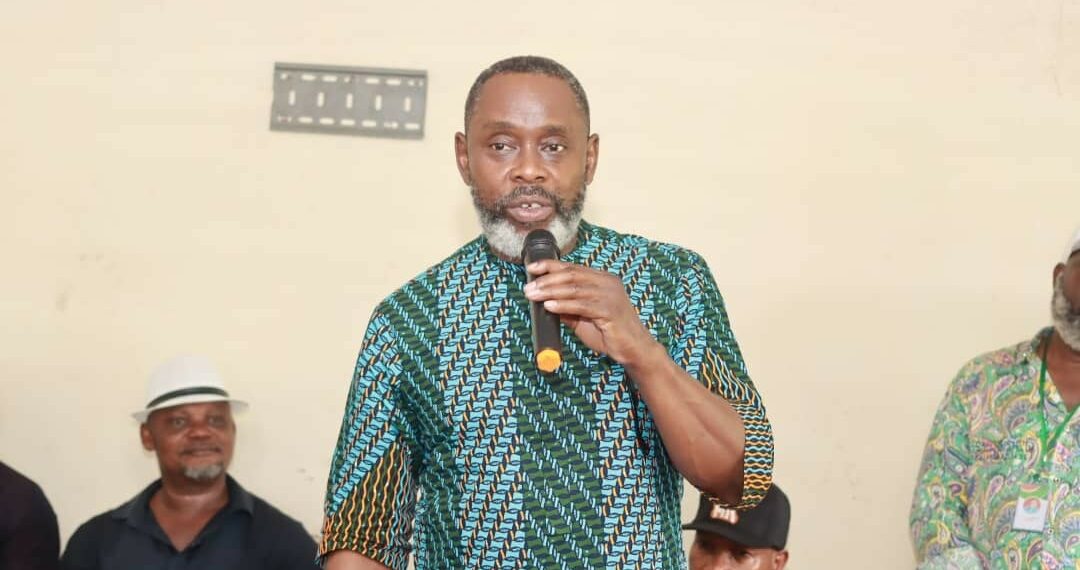 The Akwa Ibom State Government had issued a public statement on the issue.

A chieftain of the All Progressives Congress (APC) in Akwa Ibom State, Akanimo Udofia, has reacted to the rumour that has been circulating in the state that he owns substantial financial interest Ibom Air, a commercial airline owned by the Akwa Ibom State Government.

The Akwa Ibom government put paid to the rumour, when it issued a statement recently to inform the public that Mr Udofia has no “proprietary interest” in the airline.

The state Attorney General and Commissioner for Justice, Uko Udom, signed the statement.

“It has been brought to the notice of the office of the Attorney General that one Akan Udofia claims in a short video, circulated on WhatsApp groups and social media platforms that the idea of setting up of Ibom Air was his.

“The said Akan Udofia, we are told had in the past also claimed that some of the aircraft in the fleet of Ibom Air belonged to him,” said Mr Udom, a Senior Advocate of Nigeria, in the statement.

“The idea of Ibom Air was conceived and executed by His Excellency, Governor Udom Emmanuel, who worked with aviation consultants led by Captain Mfon Udom to birth and sustain the operations of the airline to this day. The Airline is owned 100% by Akwa Ibom State.

“Any claim contrary to the above is false and fraudulent and this office will not hesitate to file appropriate sanctions against the perpetrators,” the commissioner said.

‘I have no interest in Ibom Air’

Mr Udofia, in a clip on Facebook, said he is not the owner of Ibom Air, and that he did not have a hand in the setting up of the airline, which is reputed to be one of the most successful in Nigeria.

The clip was published on Facebook on Wednesday by a media aide to Governor Udom Emmanuel, Aniekeme Finbarr.

“Governor Emmanuel in his great wisdom decided to set something up for the entire benefit of the state, ownership by the state. I don’t know how anybody would think that I have any hand in it, and they can go to CAC to search who owns it,” the APC chieftain, Mr Udofia, said in the clip.

“I have no interest in Ibom Air other than to fly like any other passenger.”

Mr Udofia said the state government should pay attention to “more serious issues” like building peace and harmony in the state.

“This gossip is taking us nowhere. I mean the gossip in this state is so petty and pedestrian,” he added.

He said Governor Emmanuel has made “giant strides” in the state, and that “we will continue to engage our sons and daughters, brothers and sisters in more meaningful endeavours”.

Mr Udofia’s remarks in the video appeared to have been made a long time ago, PREMIUM TIMES gathered.

Governor Emmanuel’s aide, Mr Finbarr, who posted the clip on Facebook, told our reporter that Mr Udofia made the remark when he spoke with Akwa Ibom Government House media. He, however, said he could not remember the exact date the interview was done.

But another of the governor’s aide, Aniefiok Macauley, told PREMIUM TIME, Wednesday night, that the interview was done around May last year while Mr Udofia was still a member of the Peoples Democratic Party.

PREMIUM TIMES saw on Wednesday night, for the first time, the clip where the APC chieftain claimed that the idea of establishing Ibom Air came from him.

In the clip, which appears to be recent, when Mr Udofia had defected to the APC and was the party governorship candidate in Akwa Ibom, the APC chieftain said, “I brought air traffic control to this state, it is public notice. The idea of Ibom Air was me.”

“The first thing I will do as governor within 30 days is to make sure Obong Attah Airport will become an international airport,” Mr Udofia added in the video which was produced by his campaign.

Mr Udofia, an entrepreneur who is into oil and gas business, was sacked on Monday by a Federal High Court, Uyo, as the APC candidate for the 2023 governorship election in Akwa Ibom.

Editor’s note: This story has been updated on 16 November, 2022 to reflect the fact that the clip where Akan Udofia said “I have no interest in Ibom Air other than to fly like any other passenger” was produced over a year ago, compared to the one he said that Ibom Air is his idea, which is a very recent clip.