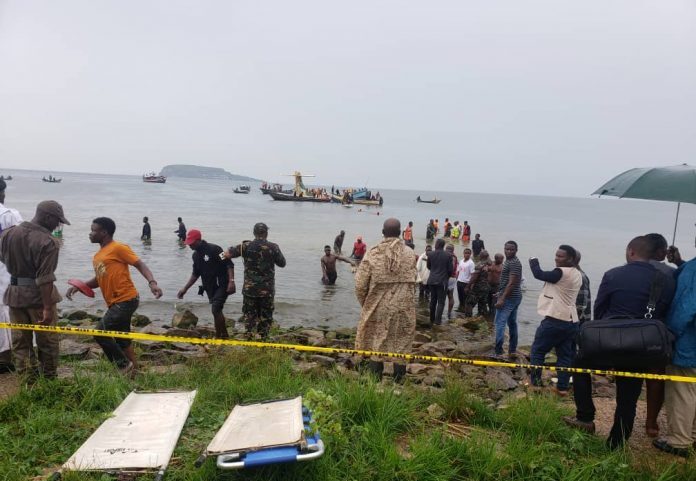 The Tanzanian airline gave the number of passengers on board as 39 (38 Adults and 1 Infant) and four crew members.

A total of 19 people have been reported dead in a plane crash that occurred Sunday morning in Tanzania.

“Precision Air regrets to confirm that 19 fatalities and 24 survivors have now been reported by the emergency services at the scene of the accident involving flight PW-494 which crashed at Lake Victoria in Bukoba today,” the airline announced on its official Twitter page.

The aircraft, belonging to Precision Air, was flying from Dar es Salaam to Bukoba via Mwanza when it reportedly encountered a storm and heavy rains before it crashed into the lake which has its shore near the airport.

The airline gave the number of passengers on board as 39 (38 Adults and 1 Infant) with four crew members – a total of 43 passengers.

“The names of passengers and crew on board the aircraft will not be released until all next-of-kin have been notified. Relatives and friends of those who may have been on board are requested to call the special line,” it added.

It extended its “deepest sympathies” to the families and friends of the passenger and crew involved in the accident noting that the company will strive to provide them with information and whatever assistance they will require in this difficult time.