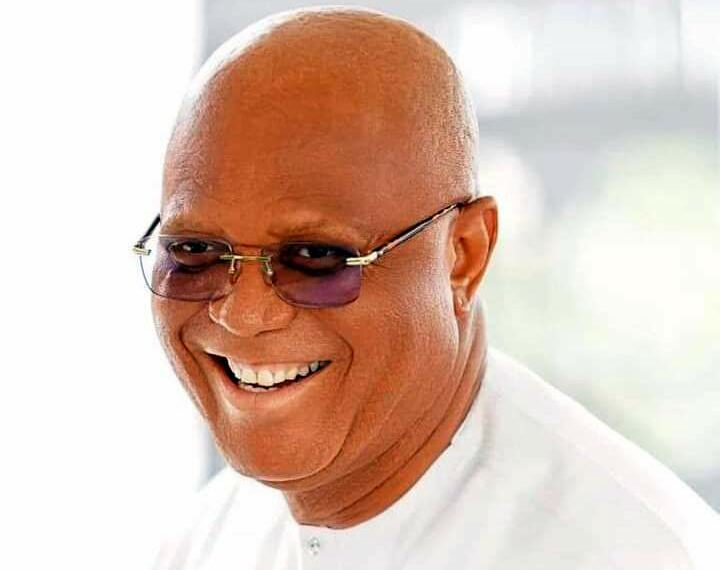 Umo Eno, an entrepreneur, is the PDP governorship candidate in the state.

A political group in Akwa Ibom State has said that it would be “impossible” for any political party to defeat the Peoples Democratic Party (PDP) in the state.

The President of the group, Lagos Returnees for Umo Eno, Emmanuel Emmanuel, said the PDP would “certainly have an easy victory” for the governorship and other elections in Akwa Ibom in 2023.

Mr Emmanuel said the group is an assemblage of entrepreneurs and professionals from Akwa Ibom who had lived in Lagos State, Nigeria South-west before they moved to Akwa Ibom.

Umo Eno, an entrepreneur, is the PDP governorship candidate in the state.

The PDP has remained the ruling party in the 35-year-old state since the return of democratic rule in Nigeria on 29 May 1999.

Bassey Albert, the governorship candidate of the Young Progressives Party in the state, and John Akpanudoedehe of the New Nigeria Peoples Party are the major challengers to the PDP’s dominance in Akwa Ibom politics.

The All Progressives Congress, which ought to be the major opposition party in Akwa Ibom, is yet to have a governorship candidate.

“Most of the people in the opposition parties in Akwa Ibom were members of the PDP at one point or the other.

“They left the PDP because of various reasons, and they would always come back to the PDP. It’s natural. And the PDP is always ready to welcome them back into the fold when they return,” Mr Emmanuel said on Tuesday in an interview with PREMIUM TIMES in which he dismissed other political parties as not posing any serious threat to the PDP in the 2023 general elections in the state.

Mr Emmanuel said voters in Akwa Ibom would continue to trust and support the PDP because of Governor Udom Emmanuel’s performance and other previous governors of the state.

“Akwa Ibom has been so blessed with good political leadership. And Governor Udom Emmanuel has built on the foundation laid by previous administrations. The good road networks, the many private investments, the industries, and the investments in human capacity have placed this state as one of Nigeria’s best.

“We aren’t even talking about the super investments in the aviation industry, including the superlative performance of our own airline and the pride of Nigeria, Ibom Air.

“For us, Governor Emmanuel’s most priceless investments in Akwa Ibom State is that which have brought about the peace we are enjoying in the state today. You know, without peace, you can’t even enjoy the good roads and other infrastructure. In fact, nobody would have wanted to invest in Akwa Ibom if there was no peace in this state. You also know, a leader who is not peaceful cannot give peace.

“Akwa Ibom people need to vote Umo Eno for the state to continue to enjoy the peace and to consolidate on the infrastructural and economic development we all have witnessed in this state,” Mr Emmanuel said.

Mr Emmanuel, popularly known as Matico, said the PDP and its supporters are not taking any chances, despite the party’s popularity in the state.

“PDP is a religion in Akwa Ibom, but we are not taking any chances. That is why we are very serious about our campaigns. We must win the presidential election, the governorship, the Senate, House of Representatives, and all the House of Assembly seats in the elections,” he said.