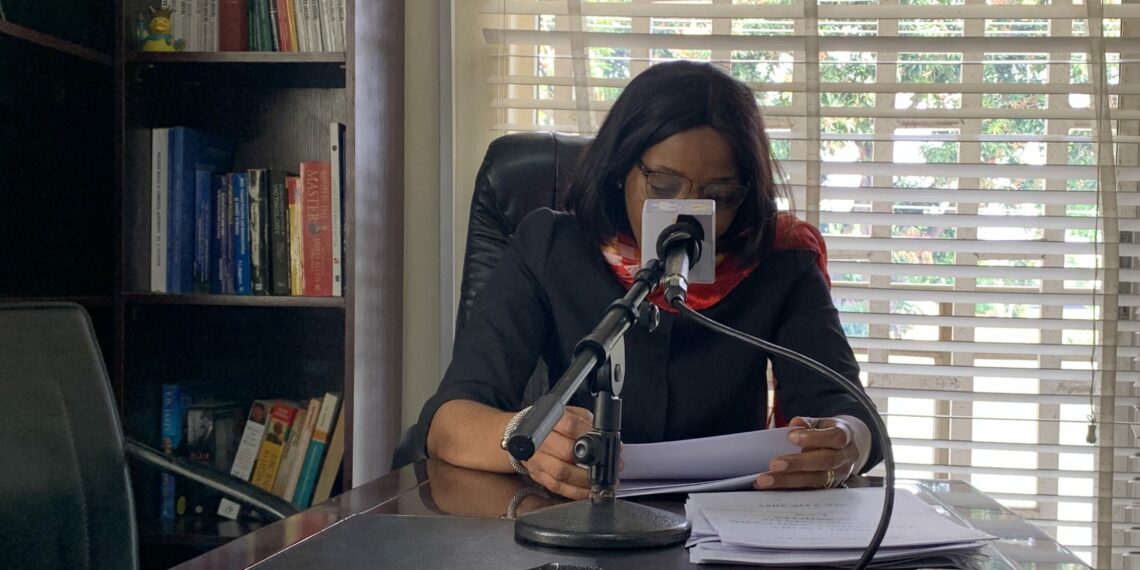 Gloria Egbuji, a lawyer and founder of Crime Victims Foundation of Nigeria (CRIVIFON) during a press conference in Lagos

A Non-Governmental Organisation has urged medical practitioners to admit victims of accidents and gunshots without asking for a police report.

Gloria Egbuji, the founder of Crime Victims Foundation of Nigeria (CRIVIFON), at a press conference in Lagos on Wednesday, advocated the domestication of the Compulsory Treatment and Care for Victims of Gunshots Act passed in 2017.

Of the 36 states in Nigeria, only two states – Lagos and Anambra – have domesticated the law.

Mrs Egbuji said that since 1998, the organisation has been leading the “cause of gunshots and accidents victims by urging medical staff in private and public hospitals to admit the victims for treatment before asking them to produce a police report.”

She said that it is now an offence for medical facilities to deny any gunshot or accident victim the right to be treated before being subjected to the submission of a police report.

Mrs Egbuji also said it is an offence for the police to arrest or harass medical staff for treating a gunshot or accident victim who does not have a police report at the time of admission.

“Regrettably, in spite of the fact that there is already a law on the compulsory treatment of gunshot and accident victims without making the submission of

police report a condition before treatment, some Nigerian hospitals have continued to demand a police report thereby putting the lives of such victims at risk,” the lawyer said.

“In the last 18 months, Nigeria has lost some of her citizens through the careless refusal of the hospitals to accept the victims for treatment.

“He was shot on Thursday 10 June 2021 at his Ibadan, Oyo State residence by armed robbers a few days before his wedding.

“He was said to have been rushed to the University College Hospital (UCH), Ibadan and later a private hospital but reportedly rejected by hospital staff

who demanded a police report before they could treat his gunshot injury. He died hours later in a pool of his own blood.”

The lawyer urged the state government to set up funds for indigent victims so that they can access the funds for their treatments.

She added that the police should adopt other means of taking statements from the doctors rather than subjecting them to endless statements.