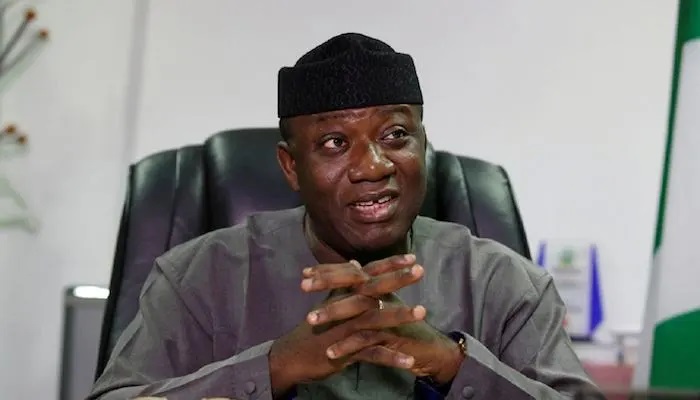 The teachers are owed several months of salaries and gratuities.

The teachers in Ekiti State have urged outgoing governor, Kayode Fayemi, to settle their outstanding benefits before the expiration of his tenure on 15 October.

The teachers are owed several months of unpaid salaries and gratuities of retirees, but are hopeful that the governor could still perform “magic” before the end of his tenure.

The teachers, who were at a ceremony on Wednesday in Ado Ekiti to commemorate the World Teachers Day, commended Mr Fayemi for initiating laudable programmes for the educational sector.

The teachers, under the auspices of Academic Staff Union of Secondary Schools (ASUSS) and the Nigerian Union of Teachers (NUT), warned the incoming government of Biodun Oyebanji not to compromise their welfare if a cordial relation would exist between the unions and the government.

The ASUSS Chairman, Sola Adigun, who spoke on behalf of the teachers, said teachers were still optimistic that some of their pending benefits would be paid within the next 10 days before Mr Fayemi bows out of office.

“We have so many unpaid benefits. Our salary, promotion, pension and gratuity arrears of retirees are there,” he said.

“We have that belief that Governor Fayemi can still do the magic and pay off before leaving on October 16.

“Though, we appreciate the fact that the state’s economy was not that buoyant, but you can still make the teachers happy before you go, while your successor will begin where you stopped.”

The teachers noted that the sector remains the most thriving industry that requires every resource for it to blossom.

Mr Fayemi used the occasion to reward outstanding teachers at both primary and secondary schools with cars and cash gifts.

Mr Fayemi added that the increase in enrolment automatically resulted in the need to establish additional 10 secondary schools in 2021, while government paid the N6 billion counterpart fund to match UBEC’s contribution to execute 886 projects.

“As I speak now, under two World Bank assisted programmes, AGILE and IDEAS, renovation of structures/provision of furniture and equipment in 202 schools and upgrading of facilities in three technical colleges, are ongoing,” he said.

“Moreover, 1,558 teachers were employed by SUBEB, TESCOM and BTVE within the past four years.

“So far, we have disbursed N655 million as running grants to public schools in Ekiti State. Similarly, we have paid a total of N1,044,941,450 to enable 57,465 public school students sit for WAEC examination over the past four years.”