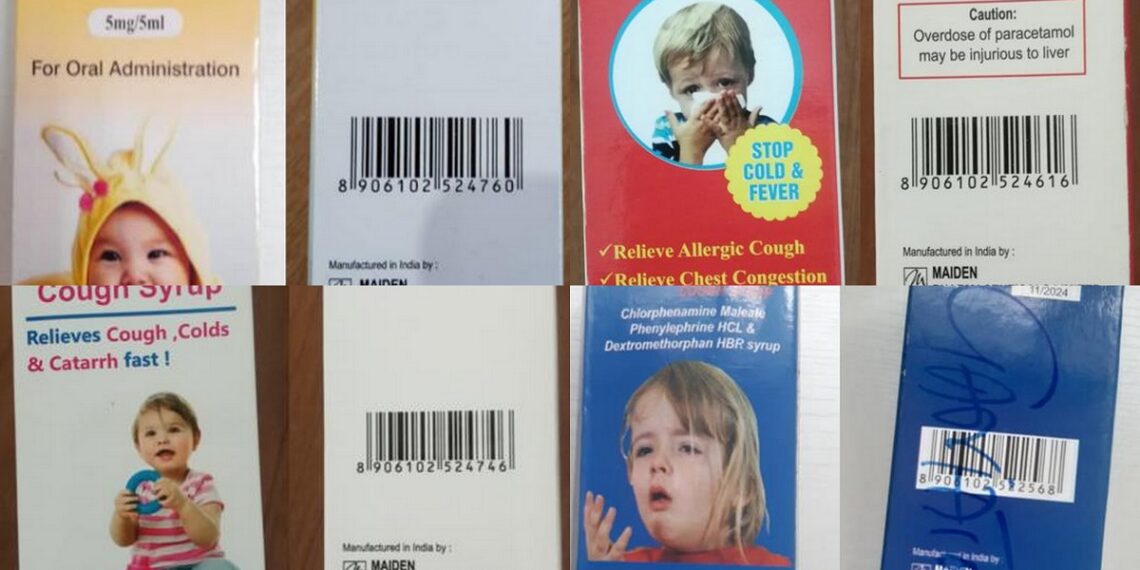 “All batches of these products should be considered unsafe until they can be analysed by the relevant National Regulatory Authorities,” it warned.

The World Health Organisation (WHO) has warned against the use of four substandard drugs identified in The Gambia.

“All batches of these products should be considered unsafe until they can be analysed by the relevant National Regulatory Authorities,” it warned.

According to the global health agency, the products were reported to WHO in September. They include Promethazine Oral Solution, Kofexmalin Baby Cough Syrup, Makoff Baby Cough Syrup and Magrip N Cold Syrup.

The WHO describes substandard medical products as products that fail to meet either their quality standards or specifications and are, therefore, “out of specification.”

It stated that the manufacturer of these products is Maiden Pharmaceuticals Limited in Haryana, India.

“To date, the stated manufacturer has not provided guarantees to WHO on the safety and quality of these products,” the regulatory agency said.

Laboratory analysis of samples of each of the products, according to the WHO, confirmed that they contain unacceptable amounts of diethylene glycol and ethylene glycol.

The effects of the contaminants include abdominal pain, vomiting, diarrhoea, inability to pass urine, headache, altered mental state, and acute kidney injury, which may lead to death.

The global health agency noted that the drugs have been identified in The Gambia and may have been distributed, through informal markets, to other countries or regions.

It advised regulatory authorities and the public to detect and remove these products from circulation to prevent harm to patients.

It advised patients who might have used any of the products to seek immediate medical attention. It added that national regulatory/health authorities should immediately notify WHO if the products are discovered in their respective country.