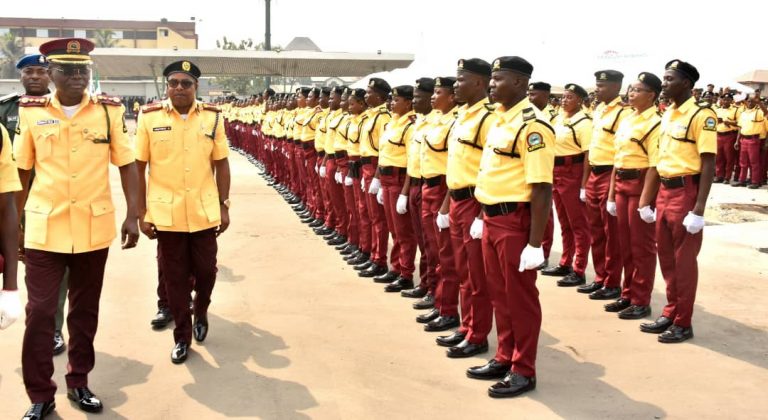 The notice of appeal contains four grounds against the judgement.

The Lagos State Government has filed a notice of appeal against a judgement stopping towing of vehicles and imposition of fines by Lagos State Traffic Management Authority (LASTMA) without a valid court order.

The News Agency of Nigeria (NAN) reports that the government made this known in a press release on Wednesday.

The press release was signed by the Director of Civil Ligation, Lagos State Ministry of Justice, Hameed Oyenuga.

The notice of appeal, filed on 30 September, contains four grounds against the judgement of a judge, Olalekan Oresanya, delivered on 22 September.

The judge had held that LASTMA could not impose fines and tow vehicles of suspected traffic offenders without an order of a court of competent jurisdiction.

Lagos State said it had reviewed the judgement and was dissatisfied with it, adding that it had exercised its constitutional right of appeal by filing the notice of appeal.

The state government urged members of the public to be law-abiding.

NAN reports that, in the judgement, Mr Oresanya of an Ikeja High Court awarded N750,000 damages against the Lagos State Government for violating the fundamental right of a lawyer, Lawal Aliyu, whose vehicle was towed away by LASTMA officers. The officials also imposed a fine on Mr Aliyu without a valid court order.

LASTMA, Lagos State Government, and the state’s attorney-general were respondents in the suit.

Mr Oresanya held that it was unconstitutional for LASTMA to impose fines and tow vehicles of suspected traffic offenders without a valid court order.

Mr Oresanya held that public authorities and bodies could not act in a manner inconsistent and incompatible with the fundamental rights of citizens as guaranteed by Nigeria’s constitution.