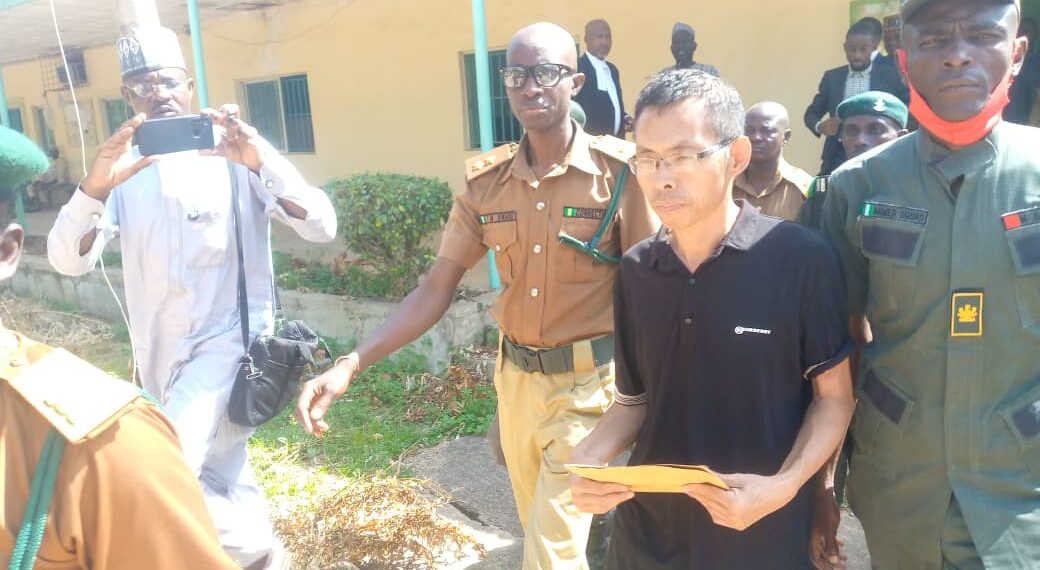 The trial of Chinese national in Kano

The ongoing trial of a Chinese national, Geng Quandong, over the alleged killing of his Nigerian girlfriend, Ummukulsum Buhari, stalled on Tuesday due to the absence of an interpreter.

Muhammad Dan’azumi, the defence counsel, notified the court that an interpreter had not been provided for the accused.

The case, which was originally slated to commence last week Monday, was adjourned to Tuesday due to a lack of legal representation for Mr Quandong.

Initially, the police in Kano, North-west Nigeria, on 21 September, arraigned Mr Quandong before a magistrates court at Zangeru road in Kano.

Mr Quandong was with culpable homicide.

The case was later filed at the High Court No.17 at Miller Road in Kano’s metropolis on Tuesday.

PREMIUM TIMES reported that Mr Quandong, 47, allegedly murdered Ummukulsum, 23, at Janbalu quarters for allegedly refusing his hand in marriage and exploiting him.

At the hearing on Tuesday, Mr Quandong addressed the court in Chinese, which made it difficult for the parties involved including the magistrate to comprehend the message.

The Magistrate, Sanusi Ma’aji, adjourned the case to 27 October, with the hope that an interpreter would have been found to explain the charges to Mr Quandong in Chinese.

I’ll pay back $1.7million restitution despite benefitting only $300,000 – Hushpuppi