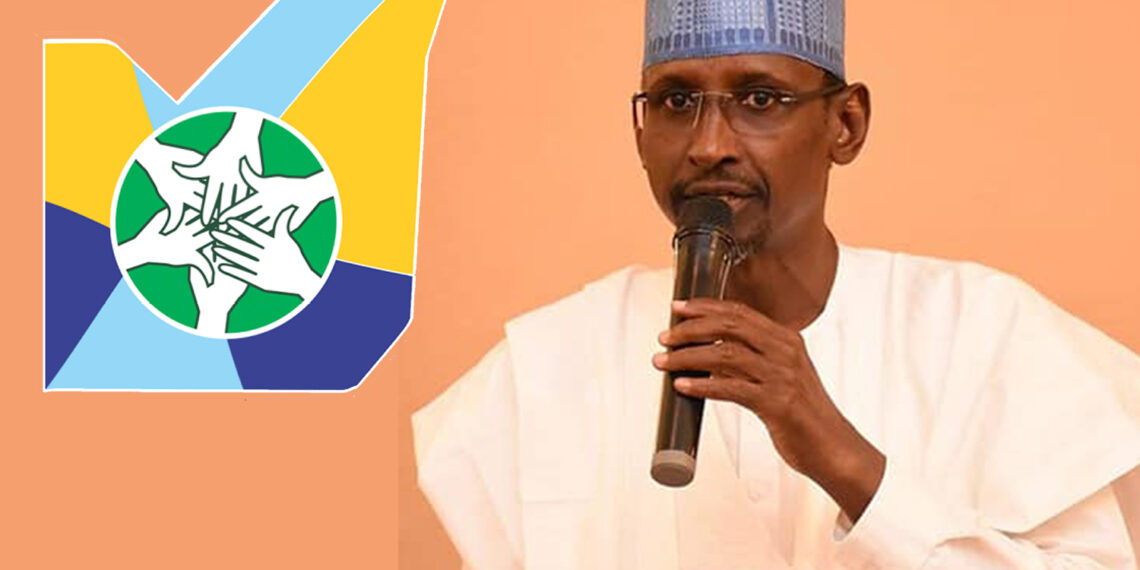 The Abuja land allottees alleged that the enforcement of the court judgement given in their favour was aborted mid-way on 29 September.

About 400 land allottees operating under the auspices of ’Incorporated Trustees of Apo XK Extension Residents Association have accused a firm, ENL Consortium Limited, of using thugs to thwart the enforcement of a court judgement.

The Federal Capital Territory (FCT) Police Commissioner, Babaji Sunday, on Thursday, 29 September, deployed police officers to enforce a Court of Appeal judgement that reinstated titles of over 400 plots of land belonging to members of the ‘Incorporated Trustees of Apo XK Extension Residents Association.’

The Court of Appeal in Abuja had, on 18 May 2017, set aside the decision of the FCT High Court and declared the re-allocations of over 400 plots of land that constitute the Apo XK Lay-out by the Minister of the FCT and Federal Capital Development Authority to ENL Consortium Limited and Federal Housing Authority as illegal, null and void.

Police officers accompanied by bailiffs from the FCT High Court subsequently visited the plots of land to serve the Court of Appeal enrolment order and the High Court’s Warrant for Possession/Writ of Possession on the occupants of the land.

Court documents evicting the occupants were pasted to the estate’s gates and adjoining premises.

But, midway into the enforcement exercise on 29 September, the police detachment abruptly withdrew their cover leaving the allottees, who had gone to take possession of their lands, vulnerable to attacks from “hired thugs,” Okey Igwebueze, an allottee, told PREMIUM TIMES on Monday.

Mr Igwebueze said after the policemen and the court bailiffs left the premises of the estate where they had gone to enforce the verdict, the ENL Consortium and Federal Housing Authority officials mobilized over 50 thugs with machetes to chase original allottees out of the premises.

“A technician we hired to fix padlocks on the property was attacked by the hoodlums that were brought in by ENL Consortium Limited and the FHA officials. The technician was hospitalised,” Mr Okey narrated.

Speaking on the telephone on behalf of his colleagues, Mr Igwebueze blamed the FCT Minister, Muhammad Bello, for allegedly asking the FCT police commissioner to withdraw his men from the enforcement exercise.

But, ENL Consortium Limited denied the allegations, saying the judgement enforcement exercise was illegal as “the suit is pending before the Supreme Court.”

Reacting to the allegations in a telephone interview with this reporter on Monday, the General Councel of ENL Consortium, Olusola Dada, said his firm did not chase the allottees with thugs.

Mr Dada explained that the police only withdrew when they learnt “the judgement enforcement exercise was in error because the case is pending before the Supreme Court.”

He noted that efforts were being made to reallocate another plot of land to the allottees, adding that the FCT Minister would be meeting with all the stakeholders in the dispute.

But the FCT Minister’s spokesperson, Abubakar Sani, did not respond to phone calls and a text message sent to him seeking clarifications on the issue.

‘Why we embarked on enforcement of Appeal Court’s decision

The allottees said the enforcement of the Court of Appeal judgement became the only option after the Supreme Court struck out both the ENL Consortium Limited’s appeal No. SC.9/2018 and the Federal Housing Authority’s appeal No. SC.613/2018.

The Federal Housing Authority had also on 6 June 2018, applied to the Supreme Court seeking an extension of time to seek to leave to appeal against the judgement of the Court of Appeal.

But, the Federal Housing Authority on 1 March 2022 applied for withdrawal of its application/appeal No. SC.613/2018, and hence was struck out.

In the lead judgement delivered by the Chief Justice of Nigeria, Olukayode Ariwoola, the Supreme Court said, ‘’It is ordered; that application filed on the 29th day of June 2018 having been withdrawn is hereby struck out’’.

Given the Supreme Court’s ruling, the original allottees had falling back on the Court of Appeal enrolment order.

The enforcement was carried out but aborted mid-way on 29 September.

The Apo (XK) Extension Annex Layout was designed by the Federal Capital Development Authority and a Certificate of Occupancy was issued to would-be-residents in 1995.

But by April 2009, the then Minister of Federal Capital Territory, Adamu Aliero and the FCDA began to demolish buildings which were at various stages of development without giving reasons for doing so or giving any compensation.

However, on 5 October 2009, Mr Aliero now a senator, authorised the FCDA to allocate the over 400 plots covering 78 hectares that makeup XK Apo Extension Layout Annex to the Federal Housing Authority (FHA)

But in flagrant disobedience to the court orders, the FHA, FCDA and FCT and the ENL Consortium went ahead to build estate houses on the plots.

But on 27 May 2011, the FCT High Court judge, Ms Good luck, delivered judgment in the substantive matter, dismissing the suit.

The judge held that each allottee claiming occupation and allocation must establish their legal right on their plots. But the trial judge declared the title of the 5th respondent, Tumala Musa, to his plot as valid, and awarded damages of N1 million also in his favour alone, against the ENL Consortium Limited, FHA, FCDA and FCT minister.

Dissatisfied with the judgement, however, both the ‘Incorporated Trustees of Apo XK Extension Residents Association’’ filed an appeal with No. CA/A/462/2011 dated 20 June 2011 and listed FCT Minister, FCDA, FHA, ENL Consortium Limited and Tumala Musa as 1st to 5th respondents respectively.

The appellants asked the Court of Appeal to declare they are the lawful allottees or occupants of the parcel of land known as ‘’Apo XK Layout situated within the FCT.

They asked the appellate court to hold that the trial judge err in law when he said that ‘’in praying for declaration of the title or lawful occupation, each allottee is a necessary party’’ thereby occasioning a miscarriage of justice.

In its judgement, the Appeal Court held that the purported revocations of the titles of the plaintiffs to the land in dispute are “illegal, and, therefore, void.”

It ordered the Federal Housing Authority or its agents to cease to trespass on the land and remove all personnel or machinery from the land.

The appellate court also awarded N2 billion damages in favour of the appellants.