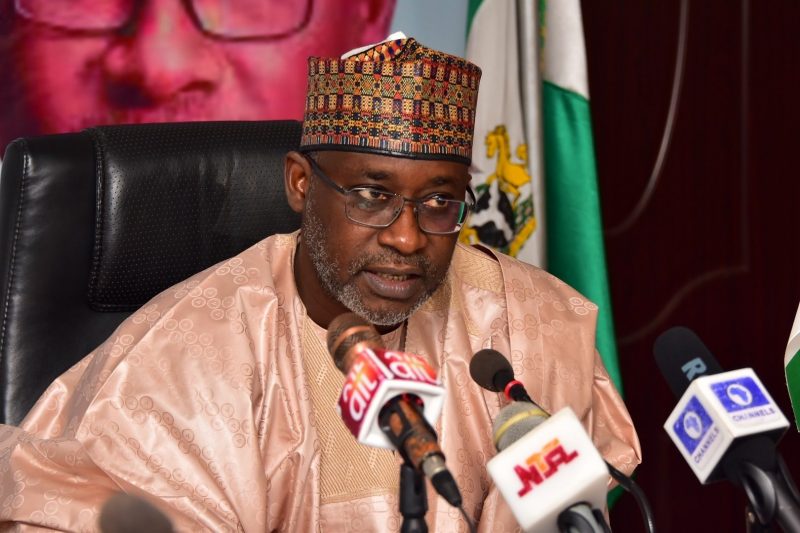 A total of 6,761 water schemes providing potable water to Nigerians have been developed by the Muhammadu Buhari administration since it came to power, the News Agency of Nigeria (NAN) reports.

Announcing this on Sunday while featuring as a guest on NAN forum in Abuja, Suleiman Adamu, Minister of Water Resources, said the schemes were developed across urban, small town and rural areas.

Mr Adamu asserted that the government has made considerable progress in providing access to potable water in Nigeria.

Mr Adamu also spoke on efforts made by the Federal Government to boost agriculture and food security of the nation.

Towards this end, the minister disclosed that 10 irrigation schemes were completed in the country, increasing the actual irrigated area from 70,000 hectares in 2015 to 138,000 hectares presently.

“To support the country’s energy sufficiency, 12 dams were completed with a combined water impoundment capacity of 795.1 MCM and hydropower generation of 110 MW.

“Efforts have also been put in place to utilize hydropower potential of 3,466 MW under PPP arrangement,” he said.

While speaking about achievements in the sanitation sector, Mr Adamu announced that 3,402 facilities were constructed in institutions and public places.

He listed the locations of these facilities to include markets, schools, motor parks, and camps for internally displaced persons.

He said the programmes and projects developed underwater resources sector were in line with the nine priority areas of the Muhammadu Buhari administration.

Taking Nigeria from Third to First World through its diaspora (2), By Sunday Adelaja